Mutiny and the Mainstream

Mutiny and the Mainstream 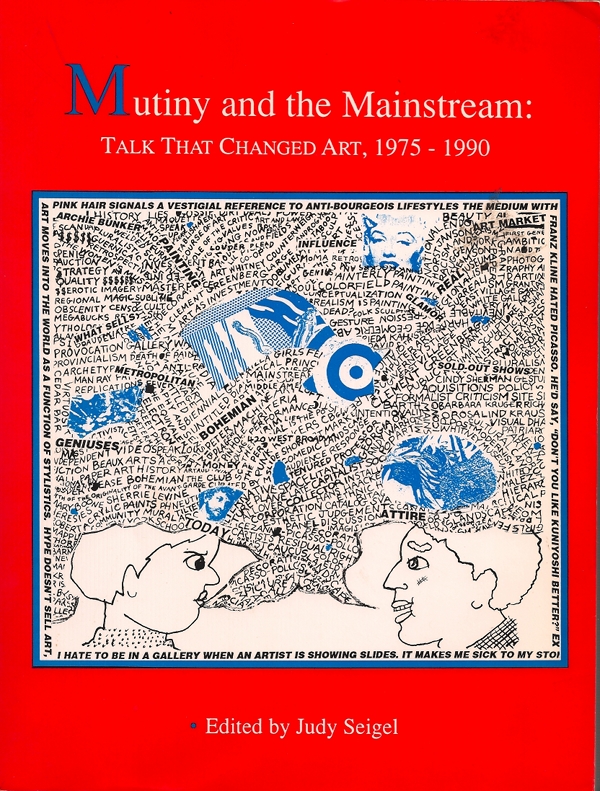 In Terms Of has a single but little-known precedent: Judy Seigel’s book Mutiny and the Mainstream: Talk That Changed Art, 1975–1990 (New York: Midmarch Arts Press, 1992), which compiles fifteen years of reports on an interdisciplinary array of lectures and panels that took place in New York City and around the country.

Originally published in Women Artists News, a periodical edited by Seigel and Cynthia Navaretta, these fascinating reviews not only demonstrate each writer’s direct engagement with the urgent issues of the day—such as feminism, the ongoing crisis in art criticism, and the art market—but they also form an unrivaled historical archive of one aspect of the art world’s recent past. Furthermore, the character, tone, and length of these reports anticipate the blog format by many years.

To give In Terms Of a historical context, and to contextualize similar art-world debates going on today, this blog occasionally reprints selected reviews from Mutiny and the Mainstream to complement the new, original essays.