This text is the first of two that reviews a panel on photography and painting, held in 1983. Read the second report. 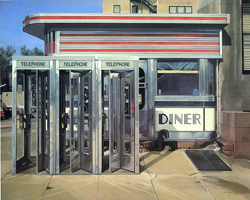 As I recall the moment, Photo-Realist painting had become so well accepted it was passé; painting on photographs was still tacky, or anyway naughty, at least in New York—in the West or Southwest it was a regular style. But “discourse between painting and photography” was not yet so obvious and popular a topic as it soon became. (I was amazed, amazed, the other day to see Art and Photography, Aaron Scharf’s excellent book on the subject, in B. Dalton!)

Having myself recently switched from painting to photography, and being then on the Program Committee of Artists Talk on Art, I thought a “Difference between Painting and Photography” panel would be timely, and began casting about for a brainy moderator. Someone suggested Craig Owens, who not only agreed cheerfully, but turned out to be a committee person’s dream, conjuring up an all-star cast on time, not just for the announcement, but for the event itself, without so much as a reminder.

The panel Owens conjured up became one of those special SoHo events, measurably enhanced by the overflow gang on the sidewalk outside pounding on the plate-glass window. These were reportedly motorcyclist friends of Robert Mapplethorpe, whose work, by the way, looked smashing in the evening’s format of slides projected onto a portable screen. I suppose it hardly needs to be added that nobody defined anything, let alone the difference, though since then I have heard others make a stab at it. (Ben Lifson presented a two-part theory at a photo conference in 1990. The part I remember was that the photograph has an absolutely even surface.) Another difference occurred to me that night: photographs probably mutate less in slides than do paintings.

Carol Steinberg’s report, which came in “over the transom,” precisely and eloquently defined the ways discussants begged—or fogged—the issues. 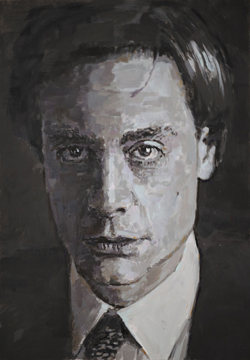 Craig Owens, senior editor of Art in America, sat with the six panel members and spread his hands, butterflylike, cigarette dangling from the long fingers. We, seated on the floor of the crowded gallery, were, mercifully, not permitted to smoke, having squeezed in while others less fortunate clamored at the entrance and pressed against the window to see—an Artists Talk On Art panel!

True, it was, at $1, a cheap Friday night and an interesting topic: “Painting and Photography: Defining the Difference.” Owens’s hands seemed to point to two points of view even while he hoped those who had come for the latest installment of the historical battle would be disappointed. They were there, he said, to “define difference,” not define or create false oppositions.

Joseph Kosuth, in his perennial black outfit (is he making an unconscious statement about being in mourning, does black flatter his figure, or is it some kind of ’60s minimalist, conceptualist, artist’s statement?), read a tract about how the institutions of gallery, critic, market, etc., create what we think “art” means. He showed no slides, not to be arrogant, he said, but because those familiar with his work didn’t need to see them and those not might fall into that tendency people have of thinking they understand something after they’ve seen slides. No one told the audience he is a conceptualist. I guess he wasn’t on the side of painting or photography. Next, Jack Goldstein showed us a slide of his painting of a [Margaret] Bourke-White photograph of a Kremlin air raid. He jocularly read an interview and some comments on the dilemmas of quotation and authorship. He also said he was “not interested in Painting.” 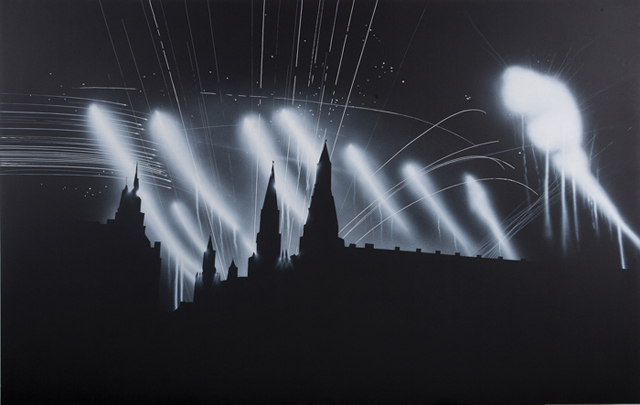 Sarah Charlesworth said she was “freaked out” that day about having to do the panel and that she would read to us from a letter she had written to a friend. She even began, “Dear Rudy,” but I was not convinced her friend really wanted to hear about the gap between the subjective/presence of oneself of painting and the objective/absence of self-presence of the other in photography, which I found difficult to hear and understand. She showed a slide of a photo of a photo of a photo which had been ripped up and some other manipulated photographs.

Barbara Kruger spoke about the potential for creating feelings of richness or poverty in the spectator face-to-face with the artist’s image and the importance of understanding the politics of images, as well as her attempt to provide for a female art spectator. Her work consisted of photos with words collaged together, making political statements. I think one said, “You destroy what you perceive as different.”

Mark Tansey showed his joke paintings. Each got a laugh from the audience, as with the National Geographic photoboat crew on the edge of a waterfall, entitled, Take One, or a woman lying in bed pointing a gun at a man pointing a camera at her, entitled Homage to Susan Sontag. 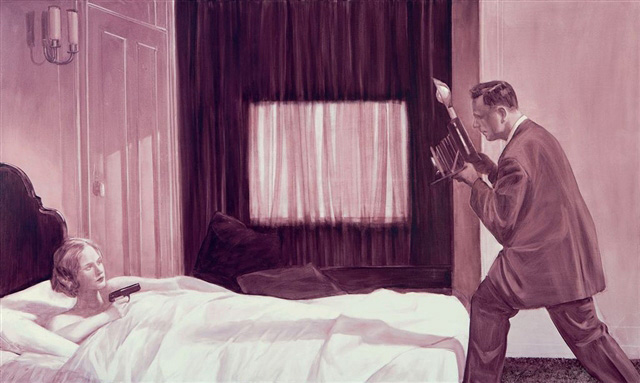 Robert Mapplethorpe took off his dark glasses to tell us he really hadn’t prepared anything to say, just brought slides of his photographs, which he related more to sculpture than painting. The photos included Lisa Lyon (the bodybuilder) in the nude with graphite powder covering her body to emphasize its statuesqueness, portraits, a black guy who we were told could achieve erection at a moment’s notice, men embracing, children (whom he doesn’t particularly like, he said), flowers.

The most wonderful commentary on the difference between painting and photography came unexpectedly from the audience, when Cynthia Mailman, whose works adorned the walls of the Soho20 Gallery, was moved to shout, “Don’t Touch My Painting!” as another member of the audience on her self/unconscious way out was about to put her hand through one of the paintings to support herself. As the audience laughed at the serendipity of the moment, Mailman became a bit defensive and added, “Mine are only one of a kind, you know.” 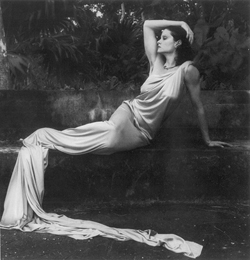 I couldn’t decide whether this was more fun than realizing that the woman across the room I’d been admiring all evening was probably Lisa Lyon, as she left in her sleeveless white mini-dress with her beautiful arm and leg muscles bulging out just a bit more than one is used to seeing on the average woman.

Someone in the audience asked about the power of painters to paint what isn’t there. Mapplethorpe answered that, as a photographer, he feels his best work is that in which he sees what he hasn’t seen before.

Another member of the audience began to explain his understanding that, in light of the panel, “aren’t painting and photography the same thing except for content?” Sarah Charlesworth assured him that form was content and Craig Owens cautioned not to go from one extreme to the other, that is, from saying they’re opposites to saying there’s no difference.

Too late, I tremblingly raised my hand, shocked by this question, and burning with something to ask, if only I could figure out what it was, something, something about the process of painting—by its nature longer, with more potential for discovering relationships, meanings, ideas, feelings, images, subconscious meanderings, the way we perceive. Don’t most of us feel we must study a painting for longer than a photograph? How long do we study photographs, and for what purpose? Isn’t there some major difference between the act of painting and the act of photographing? And then, can we escape evaluating that difference, at least for ourselves?

I don’t know. I don’t know. I almost didn’t dare to write this and I didn’t dare to ask so I had to write. These ideas need deep questions and deep answers. Where were the painters, process painters, painters who discover ideas through their painting, not start with a pre-fixed idea or image and paint it? Where were the paintings, real paintings, not slides of photos of paintings, of paintings of photos, photos of photos. Slides are photos. Form is content. The panel was weighted, the sides were uneven, and the difference was never defined.

Written by Carol Steinberg, “Repainting the Battle Lines” was originally published in Women Artists News 8, no. 5–6 (Summer 1983); and reprinted in Judy Seigel, ed., Mutiny and the Mainstream: Talk That Changed Art, 1975–1990 (New York: Midmarch Arts Press, 1992), 221–22. In Terms Of thanks Midmarch Arts Press for permission to republish this review.