An Evening with Hal Foster
“The Art-Architecture Complex and The First Pop Age”
Monday, November 28, 2011
The Kitchen, New York

The Kitchen invited Hal Foster, a historian, critic, and professor of art at Princeton University, to discuss his two recently published books. After an introduction by Tim Griffin, director and chief curator of the venerable institution, the soft-spoken Foster established the evening’s agenda: he would read from the books before being joined by Griffin (and then the audience) for a Q&A. The following narrative draws from both parts.

The Art-Architecture Complex, Foster instructed, considers the relationship of image to building, of Pop design to the postmodern built environment. One might immediately think of Frank Gehry’s Guggenheim in Bilbao, Spain, as the quintessential convergence of image and art, but I immediately thought of how Milwaukee’s identity has been inextricably subsumed by Santiago Calatrava’s addition to the city’s art museum. The book’s first section examines three starchitects of the new global style—Renzo Piano, Norman Foster, and Richard Rogers—whose work promotes a “banal cosmopolitanism.” In its second part, the book looks at architects such as Zaha Hadid and Diller Scofidio + Renfro who are influenced by artists and by art history, and how their approach dovetails with the contemporary art museum. The third area explores how art has been transformed by the built environment, using figures like Richard Serra, Anthony McCall, Robert Irwin, and others responding to architecture. This final section, Foster revealed, revises his 1986 essay on “The Crux of Minimalism,” which appears in the excellent collection The Return of the Real (1996), which I read as an undergraduate. 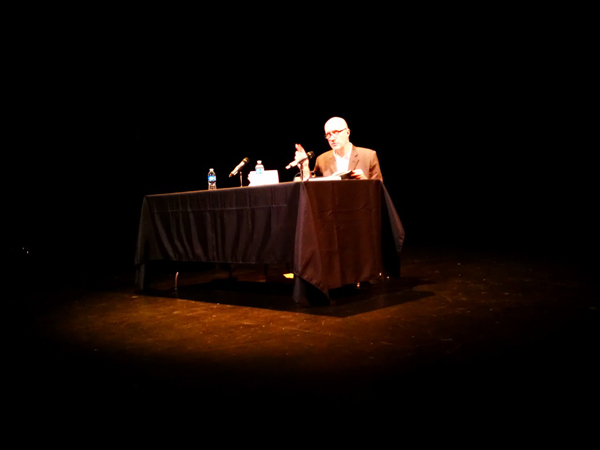 The preface to The Art-Architecture Complex, which Foster read from while interjecting extemporaneous commentary, begins to explain two key concepts for the book: affect and phenomenology. Affect, sometimes called atmosphere, is an imposed feeling coming from elsewhere, whereas phenomenology concerns a body moving through a space that is having its own, unscripted experience. Recent architecture uses affect to seize experience from the person inside a structure, according to the author, while also warping the transparency of modernism, from its lofty ideals to its lightweight and glass building materials, into an obfuscatory encounter. During the Q&A an audience member accused Foster of creating essentialist categories—polarities also questioned by Rowan Moore in his book review in the Guardian—but Foster categorically denied her claim. Instead the schism is a “thought experiment,” a way to bracket or frame his arguments. Affect, he continued, imposes an emotional ideology that crosses class, racial, and other social divisions, not unlike, observed my companion to the talk, attempts at emotional manipulation as seen in Hollywood action or romance movies.1 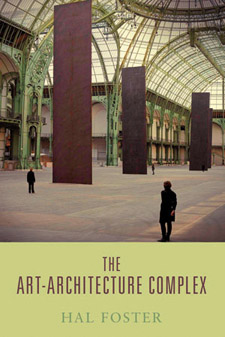 These notions of images and affect—or at least the struggle between people and the larger cultural sphere surrounding them—connected the first book to the second, The First Pop Age, in which Foster positions five Pop painters who upheld the tableau tradition (Richard Hamilton, Ed Ruscha, Roy Lichtenstein, Andy Warhol, and Gerhard Richter) as both canny experts and dialectical theorists, and not as “dupes of the media, its zombies in art,” as their detractors would have it. Consumer society conflates the fetishisms of commodities, sex, and semiotics, which Pop artists picked apart and handed back. Like the impatient fan of a mystery novel, the author read the last pages of The First Pop Age to the audience at the Kitchen.

Foster said he came to art through Pop and Minimalism, both of which interested him because the former movement dissolved the body, and the latter called for its presence. At the time, he admitted, Pop was too close, especially since it mightily informed the work of the Pictures generation.2 Now he feels there’s more distance to study it. Though “committed to the Minimalist trajectory” for a long time, Foster began to understand elements of Pop in areas he had not considered before: in body art, installation, institutional critique, and other genres that traditionally sprang from the sculptural side of 1960s art. About Donald Judd he said: “I read the criticism but didn’t look too hard at the work.” Now he sees illusionism writ large, a pictorial unbound. “Pop has weirdly become the primary term.” Griffin and Foster mentioned the recent Judd show at David Zwirner Gallery, which had a correspondence with new media in the sense that both art and the internet alter our sense of space. 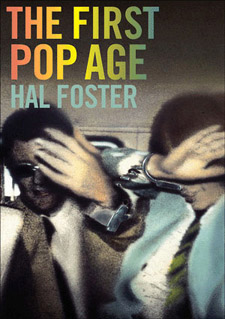 No one, not even Robert Fraser and Mick Jagger, can escape the barrage of new Hal Foster books

The reasons to become a critic or historian, Foster explained, are the same for an artist or architect: a discontent with the status quo.3 He sees the aesthetic of Dia:Beacon or the Museum of Modern Art, which opened new buildings in 2003 and 2004 respectively, abandoned their original commitment to modernism in favor of affect. Dia:Beacon is a new sublime, he said, a new Hudson River School. The old attitude has evaporated in art, too, and the perversion in its place needs criticism and history to counter the spell of artists such as James Turrell and Olafur Eliasson, who reverse the terms of Minimalism. Thus the pessimistic but hopeful Foster still insists on criticality as a value, but, he said.

Foster described The First Pop Age as an homage of sorts to Reyner Banham’s Theory and Design in the First Machine Age (1960), a text that took on the postwar image world through not only classic twentieth-century architects such as Le Corbusier, Ludwig Mies van der Rohe, and Walter Gropius, but also Futurist and Expressionist architects whom the modernist march of progress had previously cast aside. In this way Foster elucidated, Banham’s revision was a form of periodizing, distinct from historicizing. By looking backward, the older author posited that the postwar period had been experiencing a second machine age, using an approach not dissimilar, I think, from George Orwell’s commentary on his own era through a story set fifty years in the future. This second machine age was the world Foster was born into, one in which, he laughed, people optimistically believed that they might never die. Ars longa, vita brevis.

Benjamin Sutton wrote a review, “Art Historian Hal Foster at the Kitchen: ‘We Live in the Age of Trauma,’” of the same panel for the L Magazine.

1 Under the guise of their gallery, Famous Accountants, the New York–based artists Kevin Regan and Ellen Letcher recently experimented with what they called “affective technologies” with a similar idea in mind. Earlier this summer, at NURTUREart Gallery in Brooklyn, Regan and Letcher led five days of encounter groups based on exercises from Will Schutz’s posthippie, pre–New Age book Joy in order to automatically trigger emotional responses from participants. The program, a word that, not coincidentally, plays on the notion of “programming” in the nefarious sense, was called More Joy.

2 Students come to Foster, he said, thinking he is an expert on Cindy Sherman, Richard Prince, and the rest. Even though he lived through the Pictures generation, he learns more about that art from his students, who can identify his blockages and assess the work to be done.

3 In an amusing twist, Foster claimed that an artist’s value depends on his or her use by other artists, not unlike the important criterion for academics: the more other scholars cite your journal articles, the better your chances for tenure and promotion.