May 9, 2014 By Lynden B. Miller
ConferencesPanels

Speculate in Art? Not Us!

This text is the first of three that reviews the first World Art Market Conference, held in 1976. Read the second and third reports.

Rereading this report [from Lynden B. Miller] in 1990, the notion of a “Last World Art Market Conference” comes to mind—what to do while the value of your collection bottoms out. Of course all this took place at the onset of gold fever, when it did not do to admit, at least in public, that one might indeed “speculate in art.”

Billed as “The First World Art Market Conference,” coproduced by the New School and ARTnewsletter—a biweekly hot-tip dispenser that you can pick up for a mere $60 a year—the show was, as John Everett, president of the New School, said in his opening remarks, about the “business of art.” It appeared to be mostly a media event. The press was given the three front rows, fussed over with TLC. Some four hundred others, dealers, and collectors from around the country, and a few artists hoping to learn about “business,” paid $200 each to see and hear the superstars of the art market. Those expecting a clear view of the crystal ball—specific investment advice—were disappointed. But they got lots of encouragement and word that the art market is very good these days.

After the “welcoming continental breakfast,” Everett told us there’s money “itching” to be spent in art. Next, Milton Esterow, publisher of ARTnewsletter and ARTnews, cosponsor, and comoderator, earnestly assured us that those who make money on art buy for aesthetic reasons only—that you can’t make money speculating on art. Then we got down to the serious business of trying to find out how to do just that.

Keynote speaker Thomas Hoving, director of the Metropolitan Museum of Art, bounded onstage for a rapid-fire delivery of his optimistic view of the future of museums, now changing, he said, from passive displayers of art to active educators and conservators of art and culture (thus, not surprisingly, making a case for many of his own controversial changes at the Met).

Then the august directors of such institutions as Wildenstein, Parke Bernet, and Christie’s sedately discussed trends in art-buying around the world, with an emphasis on pre-twentieth-century painting and sculpture and other art objects of increasing rarity, which, they agreed, will become even more expensive. Despite several years’ slump, it seems there is still a lot of money around for art, particularly in the US Southwest, Europe, and, more recently, Iran and the oil-producing countries. Esterow tried manfully to elicit some inside information on specific items or periods for investment, but to no avail. 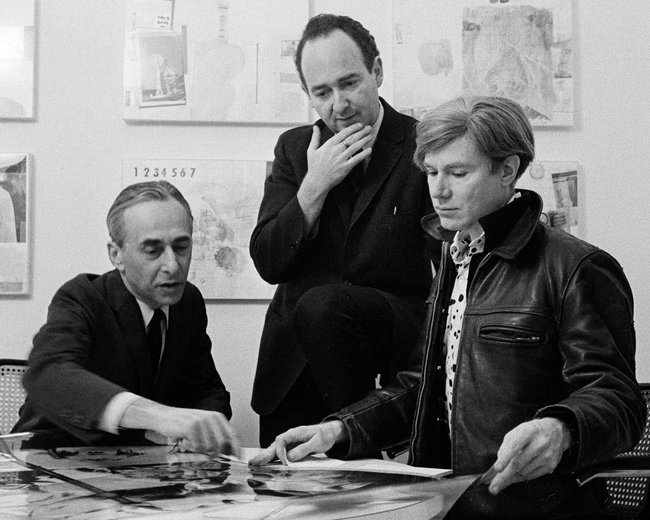 After lunch, Thomas Messer [of the Solomon R. Guggenheim Museum] spoke wittily of the museum director’s difficulties in maintaining the excellence of a collection without money, and his efforts to get same.

Karp, in flame-red open-necked shirt and black leather jacket, a well-calculated contrast to the banker’s attire of his colleagues, began with a lament on the dearth of big-spending collectors while a wealth of exciting new art fails to sell, which brought howls of laughter and appreciation from the audience. Rubin, of Knoedler Gallery, and Emmerich said they found no exciting new art beating down their doors. There was also disagreement about the number of collectors, but it was clear from the discussion that there is a lot of money and art activity in what Castelli, with a wave of his hand toward the out-of-towners, referred to as “the provinces.” He said he himself is looking for “stars, not activity.”

Ms. Braunstein noted that the New York dealers on the panel, except for Karp, are the “establishment,” so that perhaps little exciting new work comes to them. She said she finds much thrilling new work with new materials. She also asked Esterow why there were so few women participating, which drew applause from the audience, particularly the press section, which was predominantly female. Esterow was ready for that: “25 percent of art dealers are women; two out of eight panelists equals 25 percent.” (However he wasn’t quite so careful introducing the panel, having named first all the men in order down the table, and then the two women seated among them. It also bears noting that no woman artist was mentioned by name in the entire day, though Karp did use the phrase “his or her artistic temperament” to indicate that the artist is of two possible sexes.)

The dealers seemed to agree that their major function is educational, as big sales are few and far between. All day there were pious protests from speakers that one would not, heaven forbid, speculate in art. Castelli finally reminded his fellow dealers that such folk do exist.

The discussions would all have been more relevant and informative if moderators Esterow and Donald Goddard, managing editor of ARTnews, had asked better questions, or been more alert and articulate, or allowed some exchange with the audience. Nevertheless, Castelli’s reminiscences of the ’60s, when he was a kingmaker, were colorful; Rubin’s and Emmerich’s snobbery was piquant; Karp was hilarious, irreverent, and delightful, as when describing the “Hirshhorn Waltz”—an embrace from Mr. H. at the conclusion of a bargaining session. (All agreed that Joseph Hirshhorn was a keen bargainer.)

What did the audience, exceeding in numbers [greater than] the sponsors’ fondest hopes, get for their tax-deductible $200? A simulated leather portfolio, suitably inscribed, crammed with promotional material for the New School and Parsons (now part of the New School), literature about New York City museums, advance copies of ARTnews, and, of course, ARTnewsletter, which, begun one year ago, circulates to one thousand dealers and collectors. A catered buffet, where perhaps the concrete information about investments and the market not coughed up by panelists and speakers was exchanged off the record. And a glimpse of the movers and shakers of the art market world.

What did the sponsors get? $80,000 less costs. A lot of promotion with collectors and dealers, and, potentially, in forty-three organs of the press. Confirmation that there is indeed a lot of money “itching” to be spent on art, although perhaps not much in New York as there used to be. And proof that there are a lot of people itching to make money off the people making money off art.

Written by Lynden B. Miller, “Speculate in Art? Not Us!” was originally published as “Art Business at the New School: World Art Market Conference” in Women Artists Newsletter 2, no. 7 (January 1977): 1, 4; and reprinted in Judy Seigel, ed., Mutiny and the Mainstream: Talk That Changed Art, 1975–1990 (New York: Midmarch Arts Press, 1992), 47–48. In Terms Of thanks Midmarch Arts Press for permission to republish this review.