A Chicken in Every Pot 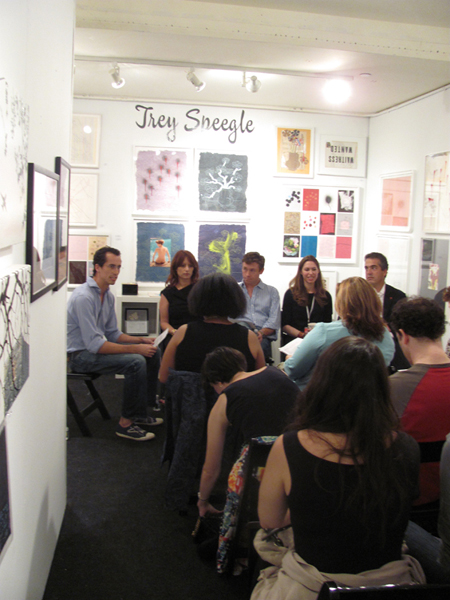 The art market prospered in the Dutch Golden Age, as Rembrandt van Rijn, Johannes Vermeer, and Gerard Dou, among many others, began to meet a growing demand for portraits, still lifes, genre scenes, and landscapes. “Most pictures were bought by private, middle-class citizens, known as burghers, from modest artisans to wealthy regents,” writes Mariët Westermann in A Worldly Art: The Dutch Republic, 1585–1718 (1996). Even laborers and peasants, she notes, likely owned “a few mediocre prints.” A seventeenth-century Amsterdam or Leiden home just wasn’t complete without an oil painting or two depicting the Dutch landscape, or a small still life of fruit and fish. Today, however, the American middle class chooses to spend its seemingly boundless disposable income (or credit) on flat-screen televisions, video-game consoles, and smart phones, decorating its homes with tastefully but cheaply framed posters sometimes called “art prints.” It could be that collecting fine art is perceived as elitist: why spend money on a $5,000 monochromatic abstract painting when my child could make something just like it in school? Or, it could be that most folks who can afford fine art just don’t realize that quality work is well within their means. How can they begin replacing their Pottery Barn framed prints with original works?

About fifteen or so people gathered in the Artstar.com booth at the Affordable Art Fair for a primer on how to navigate the ins and outs of collecting art. The panel discussion took place on the final day of the fair’s September 21–25 run in a showroom building across the street from the Empire State Building. Moderated by Thomas Galbraith, director of art analytics at Artnet.com and a founder of the Petraeus Group, a small group of arts professionals quickly and efficiently fielded questions from him and from the audience. The fair’s bustling sounds almost drowned out the speakers in the booth, but the panel pressed on. 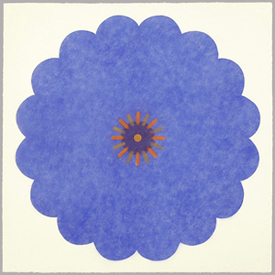 The panelists began with the basics on how and why a person would collect art. Nick Lamia, an artist and director of Von Lintel Gallery in New York, said that if you find, like, and can afford a piece, then why not buy it? It all depends on your objectives, he said. Lamia and Liz Dimmitt, curator of Gawker Artists and a director at Etta Place in Brooklyn, both agreed that a beginning collector should conduct research on an artist or a work—even if that’s just a Google search—and ask questions at the gallery and in the studio. While Lamia and Dimmitt acknowledged that an exhibition history is important, they didn’t talk about an artist’s educational pedigree (e.g., where he or she earned an MFA), the role of publicity and criticism, and the longevity of an artist’s career (i.e., buying work by artists who likely won’t drop art to pursue another career). Dimmitt mentioned a couple times about making a “mistake” but did not clarify what this meant. Is a mistake paying too much for a work, buying the wrong artist, or regretting a purchase, for whatever reason? Since everyone generally concurred that a collector should buy what he or she likes, mistakes ought to be rare, no? The panelists thankfully did not address the importance (or not) of an artist’s age. Among the best works in the fair—and memorable pieces were scarce—were by Mary Judge, an artist whose career spans forty years, in the Kenise Barnes Fine Art booth.

What about buying online? It’s happening more and more, the panelists said, but Dimmitt recommended a surprisingly low maximum price of $25. Otherwise, she said, it’s better to see the art in person. An audience member asked about true colors when viewing images on the internet. Online buying won’t replace in-person visits, reiterated the art adviser Chrissy Crawford, who assured the attendee that the website of the business she founded, Artstar.com, maintains a high quality control regarding digital reproductions (as do many galleries and museums, but not everyone keeps the same standards). I wish she had talked about viewing different media and materials online, such as how surfaces of a painting don’t always render accurately, if at all, in a photograph. Galbraith brought up the recent VIP Art Fair, an online venture from James Cohan Gallery that launched its first iteration in January 2011. Rather than discuss the successes or failures of the project, other than vaguely mentioning that the work didn’t “translate well,” he talked about scale—in particular the little silhouette of a person that served to indicate the relative size of a work. As a note to artists, Lamia stated that a web presence is vital. 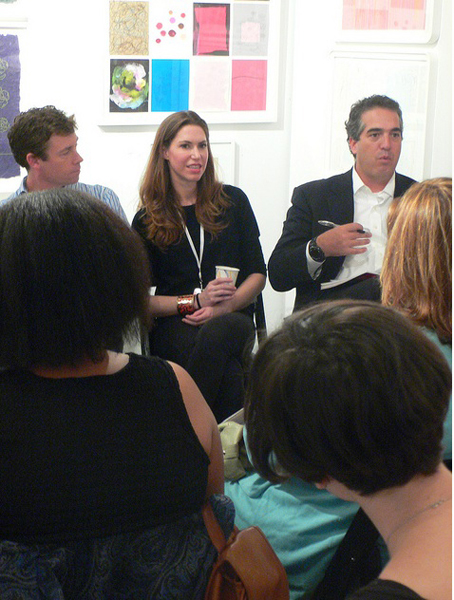 The director of fine art insurance from Travelers Inland Marine, Andrew Gristina, offered a few tips for protecting a collection. When should someone get insurance? That varies from person to person, but he stressed that once a collector buys a piece, then that individual becomes the custodian of the object—it would be irresponsible not to care for it. Being the last day of the fair, the discussion detoured into shipping: is it okay to send work via Fedex? No one had a problem with it; in fact, many galleries use the service. Lamia stressed that proper packing is most crucial concern.

Galbraith asked about buying art for love or for money. When should a collection be viewed or pursued as an investment, and how does that conversation play out between the panelists and emerging collectors? Lamia said that a collector will rarely discover the next Picasso, and that hardly anyone buys a couple drawings on the cheap to sell later and “pay for the rest of your life.” Crawford claimed that flipping has diminished since the economic crash. To me, it seems that a speculator is a businessman, not a collector. No one discussed how and when an artwork decreases in value, which is probably the scenario for most art purchases, but the panelists had already promoted collecting as a pleasurable activity—you do it because you love it.

An audience member asked about framing, so Crawford ran through the standard preferences: UV glass, acid-free materials, and attention to digital migration for works in new media. Galbraith dead-panned that the best way to protect a photograph is to bury it in a concrete box. The panelists consented that consulting a conservator or to the artist or dealer is always helpful. Strangely, no one advised collectors to seek a framer who specializes in fine art—not a poster-shop proprietor.

Another attendee asked if a collector should contact the gallery when she sells or gives away a work. Galbraith explained the right-of-first-refusal clause often found in gallery contracts. Even if that stipulation isn’t made, the panelists generally concurred that it’s good to let all parties know about the transfer, mostly because, I believe, it’s easier for them to locate a work if it’s need for another exhibition. What about building a unified collection? Galbraith noted that while some collectors focus on a single artist or medium (such as porcelain), it’s not necessary for everyone. Crawford added that a thematic collection could work well in the tight space of a small apartment or house. Also, she advised, a person living in a well-lit home in Miami should importantly consider that factor when buying art. She also reiterated that a collector should start slowly and organically.