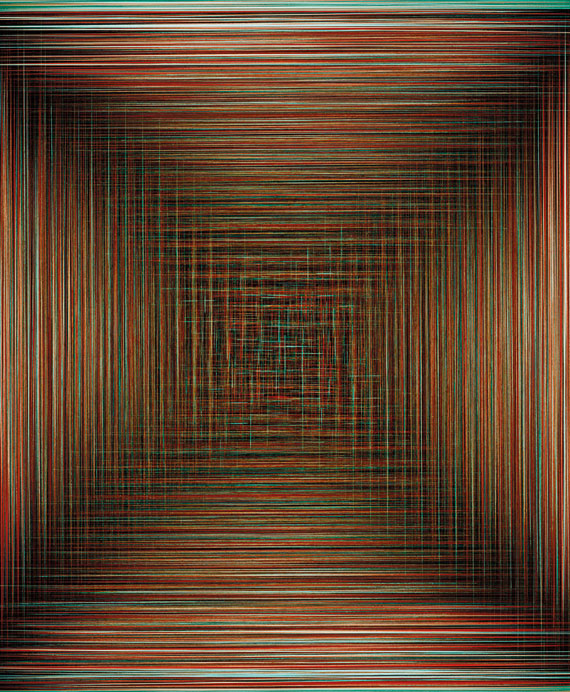 To celebrate the paperback edition of The Edge of Vision: The Rise of Abstraction in Photography, the author, curator, and professor Lyle Rexer led a panel of four contemporary artists: the Canadian Jessica Eaton, the Finnish Niko Luoma, and the Americans Yamini Nayar and Mitch Paster. The woman who introduced Rexer pronounced The Edge of Vision—originally published in 2009 and accompanying a touring exhibition of the same name—the first book on the history of abstraction in photography. If her claim is true, then it is an accomplishment. If not, then the book’s subject and the curatorial conceit would seem to provide a good if overly broad survey. (I did not get the chance to flip through the book, since most were shrink-wrapped and the open copies already in eager hands.)

The tall, bearded Rexer stated that there’s no contemporary movement toward abstraction, and that all options—which I took to mean formal approaches—are on the table for use by photographers. His notion was the typical pluralist approach to art that we’ve known for decades. Rexer was also curious about what he later called “fugitive affiliations,” such as the Bauhaus, in contemporary experimental photography. 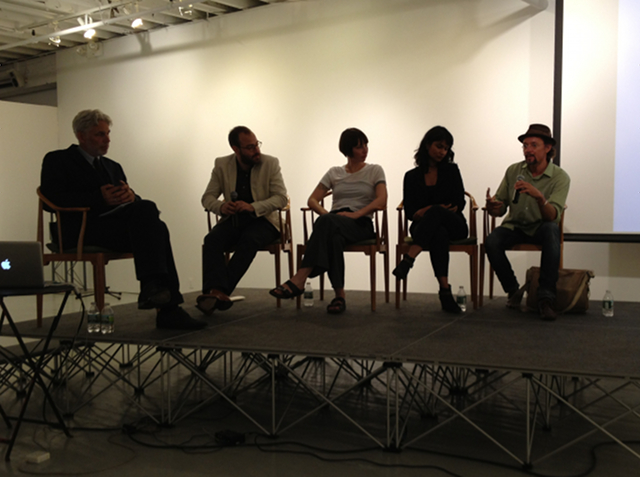 Abstraction is the heart of photography, the Montreal-based Eaton said. “I came to photography because I disliked reality.” For her the medium at its core is light and a set of conditions (such as that relating to equipment). Her final output—a singular image—hides the laborious process of making multiple exposures on analogue film.

Hailing from Helsinki, Luoma described film as a “catcher of light.” Like Eaton he works with multiple exposures on a single negative—twelve thousand in the case of Symmetrium #9—and enjoys the “fantastical mistakes [and] fantastical coincidences” in the resulting images. Luoma immensely enjoys the absorbing qualities of producing his work.

A recent graduate of the School of Visual Arts, where Rexer teaches, Paster uses three colors to make what viewers might perceive as four or five, though I don’t recall exactly how he creates his glowing images, which evoke the sculptural work of James Turrell and Robert Irwin. Rexer related Paster’s approach to process art from the 1970s—both the delimited and open-ended models of era—and said that his still images “quiver.” The panel paused for a few minutes as Paster’s short video Movement of Infinity was screened. 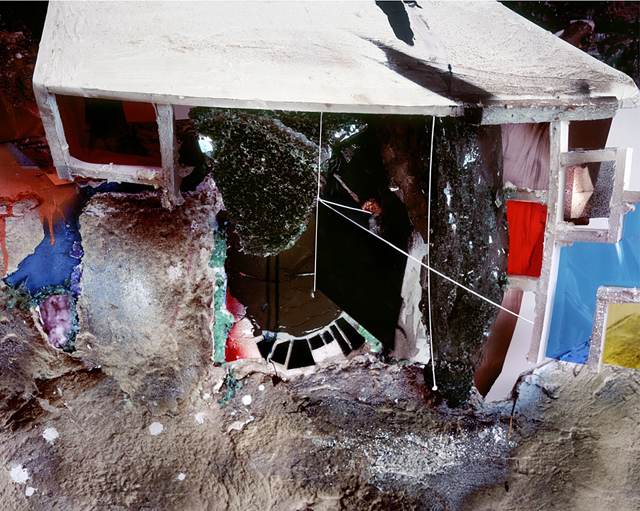 Rexer is drawn toward pictures that are about to reveal something but don’t, a concept strong in the work Nayar, whose arrangement of elements both “systematically and spontaneously frustrated” him. An artist who is perhaps the most “representational” of the panelists, Nayar stated an interest in space and architecture, particularly the dominant narratives of modernist architecture, as well as notions of access and closure. I see works such as Ethos and Cascading Attica as metaphors for the collision of ramshackle favelas and Brutalist buildings in Brazil, the confusion of a South Asian outdoor market, or the aftermath of natural disasters anywhere in the world. Nayer builds and shoots miniature sets, not unlike Thomas Demand and James Casabere, yet the collaged forms she arranges in front of her camera flatten in nearly unintelligible ways in her finished image. 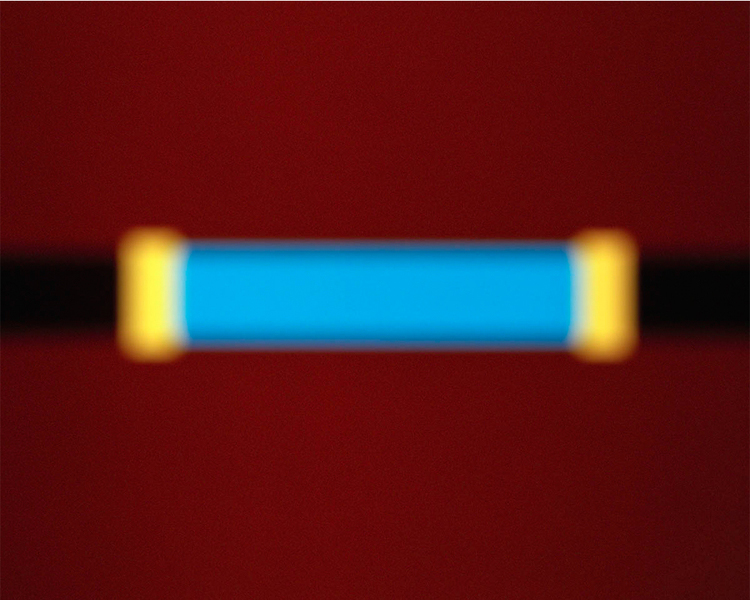 The conversation turned toward education and tradition. Apparently straight photography and conceptually based realism currently hold a strong grip on the medium, which the panelists contest with their own practices, but not rebelliously so. Eaton had studied at Emily Carr University of Art and Design, so naturally the Vancouver school (Roy Arden, Rodney Graham, Jeff Wall) weighed heavily on her, as did photographers from Düsseldorf (Andreas Gursky, Candida Höfer, Thomas Ruff). Luoma comes from the liberal, heterogeneous Helsinki School, but before he earned a degree from Aalto University, the place associated with the group, he had attended the School of the Museum of Fine Arts, Boston, which has free-form pedagogy in which students do not have majors or specialties but instead pursue their own artistic path. Paster said that SVA was great for photography but students in the different graduate programs were sequestered. 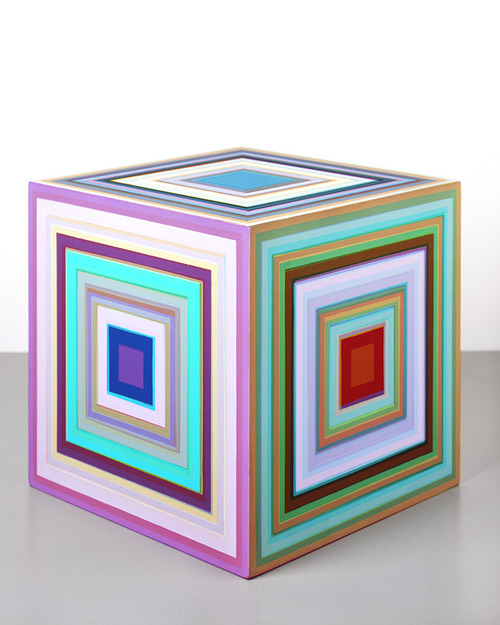 Easton is a fan of the French filmmaker Georges Méliès, who innovated special effects during the early years of cinema. “How did we get to this place,” she wondered, “that denies all this?” In spite of the pluralism Rexer articulated at the start of the panel, the roads of photography are full of traffic cops giving permission for certain formal approaches but not others. This seemed odd to me, especially since other contemporary artists interested in process, material, and color—Liz Deschenes, Daniel Gordon, John Houck, and Eileen Quinlan come to mind—have found success in recent years. Moreover, Eaton was featured on the cover of the March 2011 issue of ARTnews. Abstraction in contemporary photography today isn’t marginal at all. Yet Rexer asked the four panelists if they feel they work on the fringes or are part of a larger conversation. Generally they said yes, it was difficult finding artists with whom they shared an affinity. Perhaps the problem is not in studio practice or institutions but in popular perception, however that is formed. “Audience attention shifts,” Luoma observed.

Other lines of Rexer’s inquiry, such as the biographical content of the artists’ work or addressing criticism that abstract images don’t fulfill political expectations, weren’t worthwhile directions. Overall, I would have enjoyed the panel more if the moderator had taken a micro—not a macro—approach to the four artists. I was more interested in the singular nature of each one’s body of work and would have preferred questions that dug more deeply into what makes them distinctive, apart from uniting them under the catchall category of nonrepresentational imagery. Like many academics, Rexer is preoccupied with standard—you could even say trite—ways of understanding his subject and ought to think harder, and more creatively, about his subjects. Otherwise, a review of his panels will consist of not much more than “Some people say one thing, some another, everybody says something….”