This essay is the first of two that reviews a panel on art criticism at the New School for Social Research in 1979. Read the second text.

I forget now why two of us covered the same panel, although it sometimes happened when an event was particularly provocative, or just from lack of planning. Clearly, Pat and I had very different takes on this one (making me hope I don’t seem too ill-tempered). In any event, twelve years later, many of the issues at this third of three blockbusters on criticism are still current. 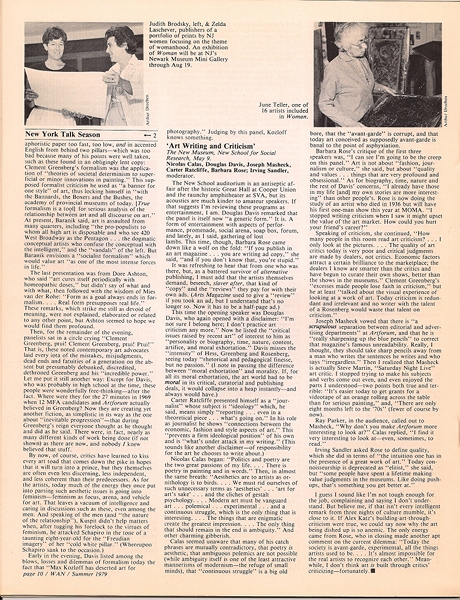 The New School auditorium is an antiseptic affair after the historic Great Hall at Cooper Union and the raunchy amphitheater at the School of Visual Arts, but its acoustics are much kinder to amateur speakers. If that suggests I’m reviewing these programs as entertainment, I am. Douglas Davis remarked that the panel is itself now “a generic form.” It’s also a form of entertainment with aspects of performance, social arena, soap box, forum, and lately, gathering of lost lambs. This time, though, Barbara Rose came down like the wolf on the fold: “If you publish in an art magazine … you are writing ad copy,” she said, “and if you don’t know that, you’re stupid.”

It was refreshing to hear such truth from one who was there, but, as a survivor of alternative publishing, I must add that the artists themselves demand, beseech, slaver after, that kind of “copy” and the “reviews” they pay for with their exhibition ads. (Arts Magazine used to give a “review” if you took an ad, but I understand that’s no longer the case. Now it has to be at least a half-page ad.)

This evening the first speaker was Douglas Davis, who again opened with a disclaimer: “I’m not sure I belong here; I don’t practice art criticism any more.” He listed the “critical issues raised by recent art” of interest to him as “personality or biography, time, nature, content, artifice, and moral exhortation.” Davis said he misses the “intensity” of Tom Hess, Clement Greenberg, and Harold Rosenberg, seeing today “rhetorical and pedagogical finesse, but no passion.” (Let us note in passing the difference between moral exhortation and morality. If, for all its moral exhortation, the art world had to be moral in its critical, curatorial, and publishing ventures, it would grind to a halt instantly.)

Carter Ratcliff presented himself as a “journalist” whose subject is “ideology.” This, he said, means simply “reporting even in a theoretical piece—what’s going on.” In his role as journalist, he said, he shows “connections between the economic, fashion, and style aspects of art,” which prevents a “firm ideological position” of his own and is “what’s under attack in my writing.” (This is perhaps another disclaimer—of responsibility for the art he chooses to write about.)

Nicolas Calas began: “Politics and poetry are the two great passions of my life,” adding that “there is poetry in painting and in words.” Then, in almost the same breath: “Aesthetics are to artists as ornithology is to birds…. We must rid ourselves of such unnecessary terms as ‘aesthetic,’ ‘art for art’s sake,’ and the clichés of gestalt psychology…. Modern art must be vanguard art … polemical … experimental … and a continuous struggle, which is the only thing that is interesting. The things that are enigmatic create the greatest impression…. The only thing that should remain in the end is ambiguity.” 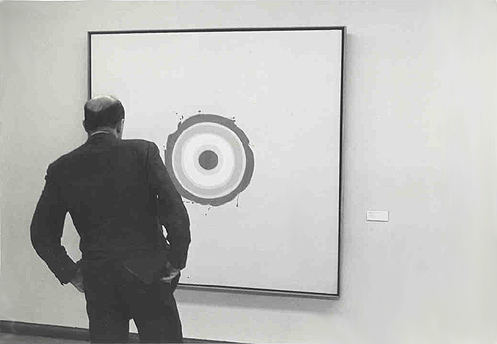 Clement Greenberg squares off against a painting by Kenneth Noland

Calas seemed unaware or unconcerned that many of his avant-garde catch phrases are mutually contradictory, that poetry is aesthetic, that ambiguous polemics are not possible (while ambiguity itself is one of the least attractive mannerisms of modernism—the refuge of lazy minds), that “continuous struggle” is a bore, and that at this moment art presented as “vanguard” is banal to the point of asphyxiation.

Barbara Rose’s critique of the first three speakers was, “I can see I’m going to be the creep on this panel.” Art is not about “fashion, journalism, or culture,” she said, but about “quality and values … things that are very profound and obsessional.” As for biography, time, nature, and the rest of Davis’s concerns, “I already have those in my life [and] my own stories are more interesting than other people’s.” Rose is now doing the study of an artist who died in 1936 but will have his first one-man show this year at MoMA [Patrick Henry Bruce: American Modernist]. “I stopped writing criticism when I saw it might upset the value of the art market. How could you hurt your friend’s career?”

Speaking of criticism, she continued, “How many people in this room read art criticism?… I only look at the pictures…. The quality of art critics today is very poor and critical judgments are made by dealers, not critics. Economic factors attract a certain brilliance to the marketplace; the dealers I know are smarter than the critics and have begun to curate their own shows, better than the shows in the museums.” Clement Greenberg’s “excesses made people lose faith in criticism,” but he at least “talked about the visual experience of looking at a work of art. Today criticism is redundant and irrelevant and no writer with the talent of a Rosenberg would waste that talent on criticism.” 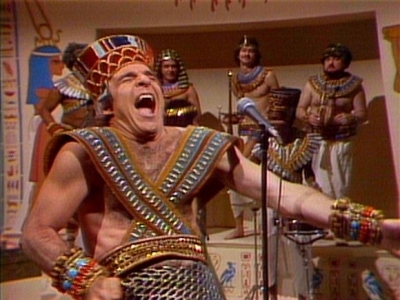 Joseph Masheck vowed that there is “a scrupulous separation between editorial and advertising departments” at Artforum, and that he is “really sharpening up the blue pencils” to correct that magazine’s famous unreadability. Really, I thought, they should take sharp pencils away from a man who writes the sentences he writes and says “irregardless.” Then I realized that Masheck is actually Steve Martin, Saturday Night Live art critic. I stopped trying to make his subjects and verbs come out even, and just enjoyed the parts I understood—two points both true and terrible: “It’s easier today to get grants for a videotape of an orange rolling across the table than for serious painting,” and, “There are only eight months left of the ’70s” (fewer of course by now). 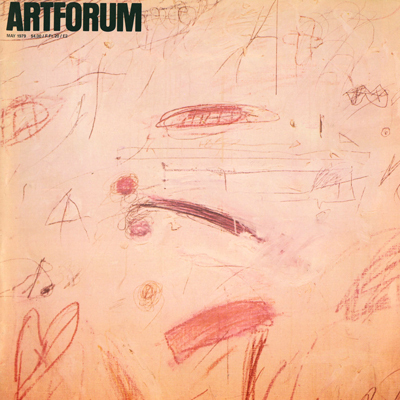 Irving Sandler asked Rose to define quality, which she did in terms of “the intuition one has in the presence of a great work of art.” Today connoisseurship is deprecated as “elitist,” she said, but “some people have spent a lifetime making value judgments in the museums. Like doing pushups, that’s something you get better at.”

And if that isn’t every intelligent remark from three nights of all-star culture mumble, it’s close to it. If Alex Katz’s building-art-through-criticism theory were true, we could say now why most art being dished up is so anemic. The only energy came from Rose, who in closing made another astute comment: “Today the society is avant-garde, experimental, all the things artists used to be…. It’s almost impossible for the real artists to recognize each other.” Meanwhile, I don’t think art is built through critics’ criticizing—fortunately.