A panel of the five artists in the exhibition We Are Here! Eiteljorg Contemporary Art Fellowship (June 2–September 23, 2012) at the Smithsonian Institution’s National Museum of the American Indian in lower Manhattan preceded the opening reception. Kathleen Ash-Milby, a curator at the museum, moderated the panel, which was brief in length. The artists (and their tribal affiliations) were Bonnie Devine (Ojibwa), Skawennati Fragnito (Mohawk), Alan Michelson (Mohawk), Duane Slick (Meskwaki/Ho-Chunk), and Anna Tsouhlarakis (Navajo/Creek). Each was educated in North America: Devine and Skawennati are Canadian; the other three are Americans.

Organized biennially by the Eiteljorg Museum of American Indians and Western Art in Indianapolis, Indiana, since 1999, the fellowship exhibition provide insight to the issues, concerns, and methods of leading Native American artists working today. The present iteration, featuring painting, photography, installation, video, and sculpture, is the first fellowship show to travel. 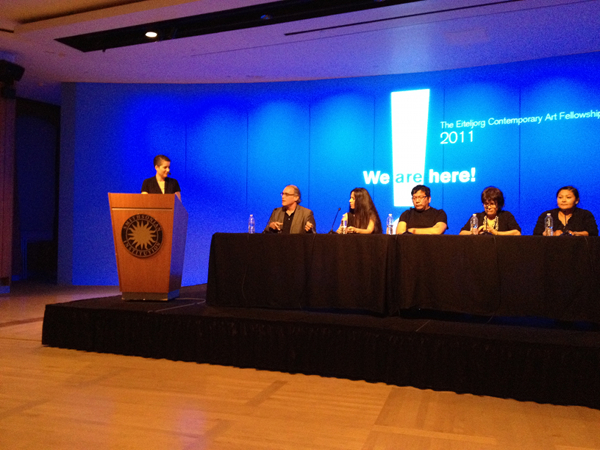 The panel’s conversation focused on what it means to be a Native American artist, in particular one who works in new media. For Michelson, drifting toward new media was an organic process as he followed the ideas that interested him. He once was a landscape painter but now is addressing the same problematic genre, for Native Americans, in a different form. Skawennati began using computers to make art after taking a design class in art school. The medium matches the content, which for her is imagining and depicting Native peoples in the future.

Tsouhlarakis, who made crafts and jewelry as a kid but now works in new media, claimed that Native artists face fewer constraints in photography, video, installation, and performance, so the genre is more open. Tsouhlarakis says images of hands in her video Einstein’s Dream reference Navajo conceptions of time. 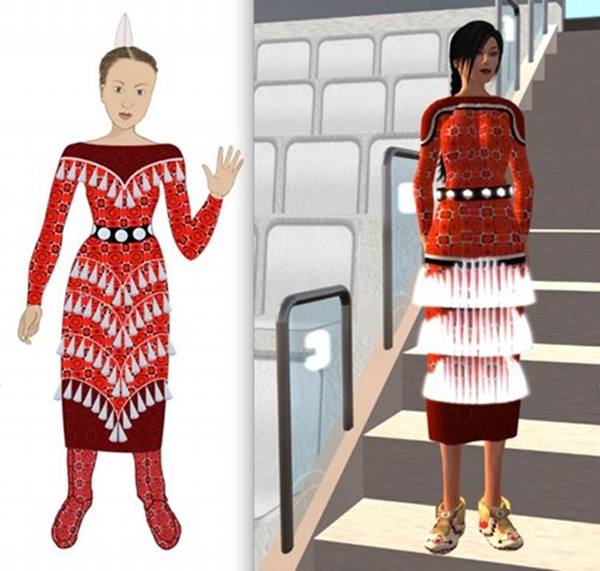 Like Ash-Milby, I was intrigued by Skawennati’s focus on the future, rather than looking back toward an ideal and/or troubled past. This artist still believes in the allure of virtual reality, with Second Life being a significant place to hang out, do business, or have relationships. (I’ve never known anyone who participates in Second Life.) Through her work Skawennati is ensuring that Native Americans are not only populating but also maintaining visibility in cyberspace.

Devine is more traditional: “I like to make things. It’s pretty simple.” She is a curious creator, interested in activating her materials: paper, sewing, lights, scissors, pots of glue. Slick is also an old-fashioned painter, an evocative statement because the tradition to which he refers is Western art history. “Growing up in Iowa—and I don’t want to tell a sob story—all I had was painting,” he admitted. His work deals with “time tripping” through nineteenth-century printmaking and the legacy of photography. 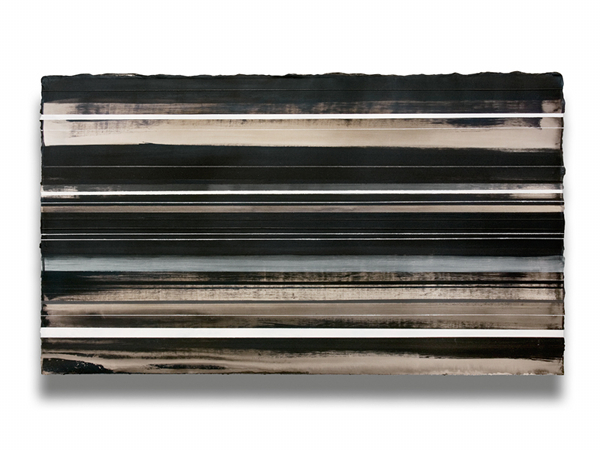 Considering the different kinds of “skins” and alternative notions of craft in virtual reality, Skawennati wonders how we can detect the proverbial hand of the artist in all art—or only imagine that it is there. She is all about materials, as opposed to Tsouhlarakis’s interest in ephemerality. Mastering digital technology is difficult, Devine said, and she is instead a quilter.

Michelson encouraged the audience to “see the show. That’s where we speak.” And so the panel ended and the opening reception began.