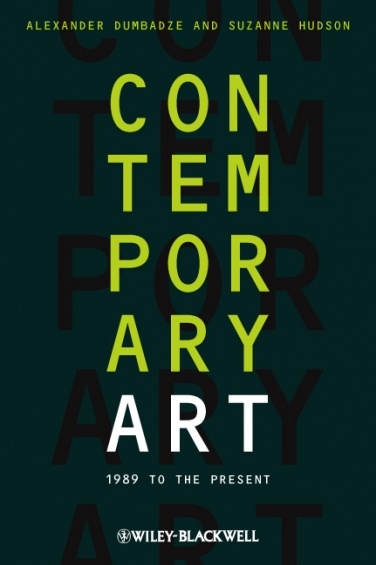 This panel celebrated and promoted the release of a new anthology called Contemporary Art: 1989 to the Present (2013), edited by the event’s moderators, the art historians Alexander Dumbadze and Suzanne Hudson. Published by Wiley-Blackwell, Contemporary Art: 1989 to the Present is a collection of short essays by critics, curators, historians, theorists, and collectives on discursive themes such as biennials, participation, and activism, with three essays on each topic. The contributors—four of whom spoke on the panel—are names familiar to anyone who regularly reads Artforum, October, and related periodicals. Dumbadze and Hudson are also the founders of the Society of Contemporary Art Historians, a fledgling organization that has yet to make its voice heard in the field.

Hudson, who is assistant professor of modern and contemporary art at the University of Southern California, intended Contemporary Art: 1989 to the Present for a classroom context but having other uses. I can see it as a resource for teachers of both studio art and art history at the undergraduate and graduate levels. The book, she said, offers neither a synthetic nor chronological narrative, which makes sense considering the pluralism found in galleries and museums since the 1970s. An associate professor of art history at George Washington University, Dumbadze noticed an important cultural shift in 1989 and was concerned with how to historicize the “contemporary”—which has become a thing in academia over the past few years, especially since students of modern and contemporary art in American doctoral programs now outnumber the previous leader, specialists in Renaissance and Baroque art.

Each speaker gave brief remarks before the discussion was opened to the entire panel. Terry Smith, who is Andrew W. Mellon Professor of Contemporary Art History and Theory at the University of Pittsburgh, introduced himself through reviews of his books. His interest in the contemporary is twofold: he is open to the present but makes judgments on what’s happening, working with a hypothesis. Being “cotemporal,” Smith said, is a necessary way to be in the world. His contribution to the anthology, “‘Our’ Contemporeneity,” is one of three that opens the book and a slog that might take a few reads to understand clearly.

Irene V. Small, assistant professor of art and archaeology at Princeton University, was interested in the inability to deal with description and also a notion of lack in contemporary art, such as the exhaustion of medium and materials. Her chapter, called “Medium Aspecifity/Autopoietic Form,” further develops her idea of media in flux: they can be objects or ephemeral, time based or carriers, institutions or systems. 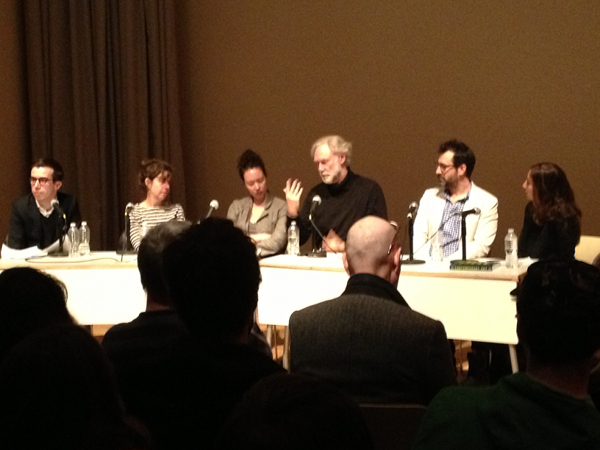 The gospel according to Terry (photograph by Christopher Howard)

Katy Siegel, a professor of art history at Hunter College who wrote one of the best chapters in the book, on the education of artists, provided the liveliest talk. She said that while art schools once taught skills, they now discourage the practice. Up to date on theory and chatting up dealers, young MFA students are now professionals. In a surprising move, Siegel identified Thelma Golden as a curator who plucked students from graduate schools for exhibitions. (Read more about curators, dealers, and collectors poaching students in these two New York Times articles, “First Come the Dealers, and Then the Diplomas” and “Warhols of Tomorrow Are Dealers’ Quarry Today.”) About four years ago, she continued, MFA students at Hunter stopped bitching about fellow artists at the Yale School of Art and Columbia University, though I never met a Hunter student or alumni who ever felt second class to those who attended Ivy League programs. The art market went global during the 2000s, Siegel postulated, and success became out of reach for many student artists, who have now developed a different approach. (I had trouble understanding how the market expanded and contracted at the same time.) They don’t stop making art after failing to land a gallery or a solo show in New York within three years of graduation, but rather find ways to sustain their lives as artists. She called this deprofessionalization.

João Ribas, curator at the MIT List Visual Arts Center, remarked on the “deficit of the future,” meaning that we don’t have the jet packs we were promised as kids. He discussed precedents of displacing the past for the present in art history, relating that the Institute of Contemporary Art in Boston changed its name from “modern” to “contemporary” in 1948. Ribas was fascinated with the 1960s as an overwhelming cultural moment and said that feeling, acting, and doing has replaced judgment, value, and quality in art (or was it art criticism?). He has come to realize, finally, that aesthetics comprises not just beauty and the sublime, as traditionally conceived, but also things like cute, stupid, and disgusting. 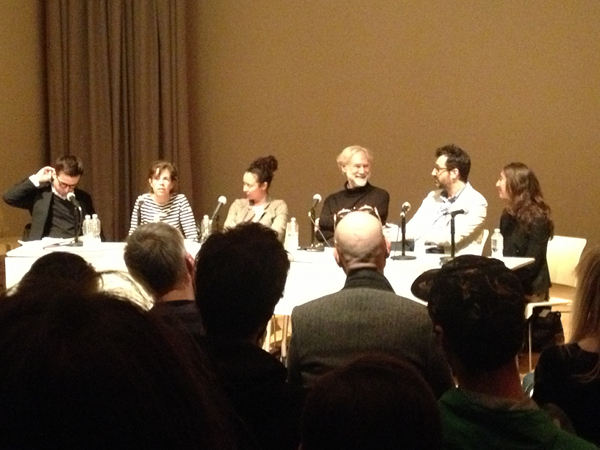 A conversation among the panelists opened. Smith mentioned something about how the notion of judgment as developed by the American art critic Clement Greenberg has slid into an anything-goes pluralism, but Ribas countered that there is still a proliferation of criteria. Small proclaimed that observations that do not judge have no ethical import: the figure of the observer is useful but still contingent due to blind spots. Siegel resists the term contemporary since its definition always changes. Smith makes new discoveries about artworks and often sees familiar works in a new light, which changes his perception and knowledge of them. Ribas recoiled at the horror of not exercising a right to judge, bringing up Hannah Arendt’s report of Adolf Eichmann’s following of Nazi orders (in her famous book Eichmann in Jerusalem: A Report on the Banality of Evil from 1963). Siegel proposed empathy and other theoretical models that are useful apart from Theodor Adorno’s privileged observer, including a Deleuzian nonhuman perspective.

Ribas said that Gmail introduced a search function for its email service but not a sort function. Museums sort, he said, and the internet is a blob—everything on it is present. Smith said that beyond search was generate, but I’m not sure what he meant. Dumbadze pondered the tendency to preserve: What is memorable when you preserve everything? What is the link between history and memory? He suggested that the “unstandardization” of time has been the largest human experience, that modernity standardized time and thus standardized history and experience—thoughts that could be further developed. “The future isn’t what it used to be,” said Ribas. But what about right now?