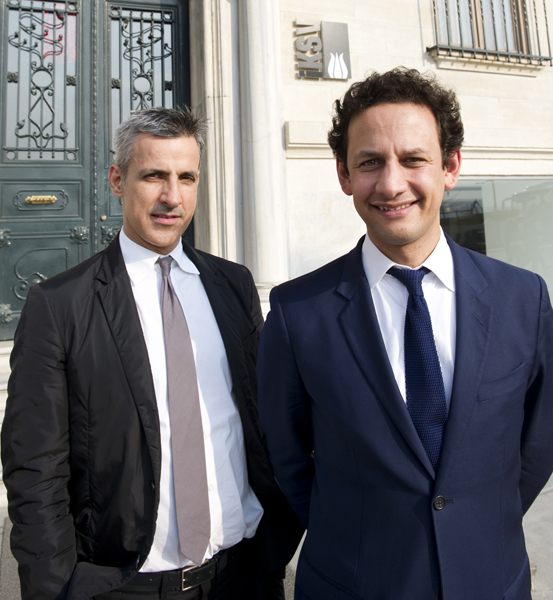 Jens Hoffmann began his talk, “Biennials and Curatorial Ambivalence,” by declaring that there are too many talks in New York. I wholeheartedly agree: our abundance of lectures, panels, conferences, and summits has ridiculously saturated the city’s intellectual landscape, and the pedagogical turn in contemporary art and its related disciplines has twisted itself into a knot. For the purposes of In Terms Of, however, the present situation is a welcomed embarrassment of riches.

As an internationally known exhibition maker who has directed the Wattis Institute for Contemporary Arts at the California College of the Arts in San Francisco since 2006, Hoffmann then lamented that the profession of curator has been stretched too thin, nearly to the point of insignificance. His sentiment is widely shared. Abusers of the term, wishing to elevate respect for their work, are no longer content to be party promoters, rock-club bookers, or band managers—they’re curators of music. They’re not public programmers or workshop administrators—they’re curators of education. They’re not writers or publicists—they’re curators of promotion (the top ten reasons to ____, the five best ____). Have a Tumbler blog? Curator of photography. Shop keepers and store owners? Curators of shopping.

Hoffmann also expressed ambivalence—or was it weariness—with the ubiquitous, large-scale art spectacles known as biennials—there are just too many of them. Every important museum or big city across the globe is nothing without its own recurring (and redundant) cultural jamboree, the themes of which have been nonsensical. He’s still puzzled by the subtitle of the 2003 Venice Biennale: “The Dictatorship of the Viewer.” 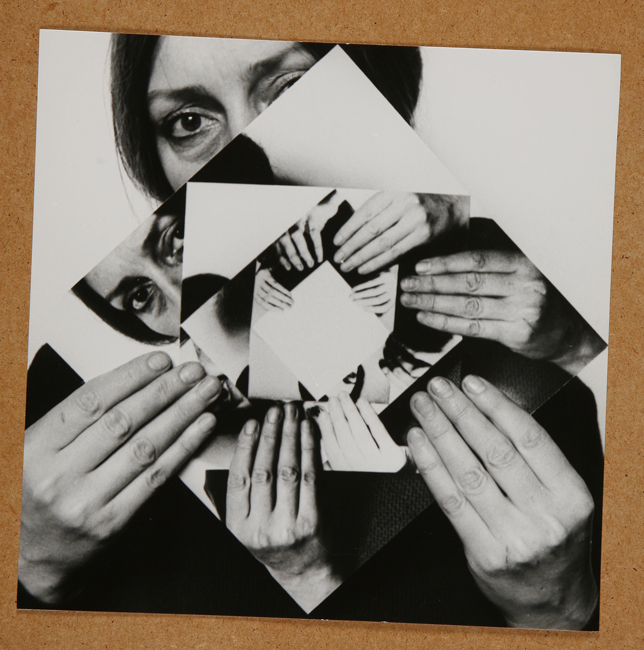 So why did he accept the invitation to organize one of the leading examples of this fatigued genre, the twelfth international Istanbul Biennial, being held September 17–November 13, 2011? Quite simply, to make an argument for the classic exhibition. With Adriano Pedrosa, a writer, editor, and curator based in São Paulo, Brazil, Hoffmann installed a relatively small group of works in a single venue with two buildings—abandoning the sprawling presentation of most biennials, ignoring the chance to scatter site-specific projects throughout the city, and neglecting to program a robust collection of accompanying talks, panels, and public events. Well, almost. Hoffmann and Pedrosa did lead a two-day conference, “Remembering Istanbul,” in November 2010, calling on previous curators of the biennial to give “walk throughs” of their achievements. They also kept the traditional glamorous opening party for the exhibition last month.

Hoffmann and Pedrosa devised an approach for their biennial, which they titled Untitled, based on the work of Felix González-Torres (1957–1996), an American artist known for rethinking the relationships between art and politics, injecting aesthetics into didacticism, and poetics into facts, with nuance and clarity. González-Torres’s presence is felt throughout the exhibition, but not because his work appears in it. Rather, the Cuban American artist served as a guide for five distinct but interrelated group exhibitions and an implicit inspiration for several dozen small one-artist presentations.

The installation photographs that Hoffmann showed to the audience effectively demonstrated his simplified approach that favored extended viewing and contemplation. At the same time, a sense of emptiness and loneliness pervades the depopulated scenes of relatively barren, warehouselike rooms with cold concrete columns and floors and temporary walls made of gray-painted drywall on corrugated steel frames. I could almost hear the cadenced footsteps of a solitary viewer walking through the clinically industrial space. 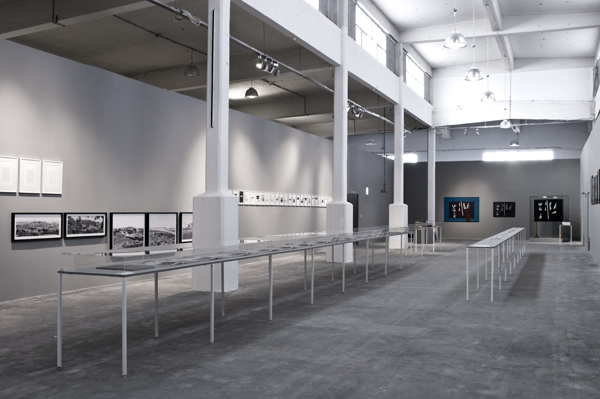 Installation view of Untitled (History), one of five thematic group exhibitions at the 2011 Istanbul Biennial (photograph by Nathalie Barki)

Hoffmann’s experimentation failed to carry over into his flat, unimaginative lecture. If there was ever a press-release version of a curator’s talk—introductory paragraphs on major themes followed by point-by-point examples of artists’ names and works—this was it. To be fair, his presentation was not unlike the standard illustrated artist’s talk that presents a chronology of his or her career. (To be even fairer, I, too, once gave a similarly rote talk.)

Despite the formulaic delivery, Hoffmann did convey his intentions, offering a few descriptions of works that resonated with González-Torres, whose oeuvre expresses not only disappearance and longing but also replenishment and belonging. For example, Hoffmann explained a room containing the Israeli-born German artist Dani Gal’s Historical Records Archive (2005–   ), with rows of albums of speeches and other recorded events on three walls; viewers can take in the cover art but, with no turntable in sight, cannot listen to the audio. The Turkish photographer Yildiz Moran Arun (1932–1995) had left no instructions on how to print and display her work. Not even her archivist knew at what size she intended her work to be seen. Hoffmann and Pedrosa ended up choosing a dozen images from more than 2,500 available for her room in the biennial. 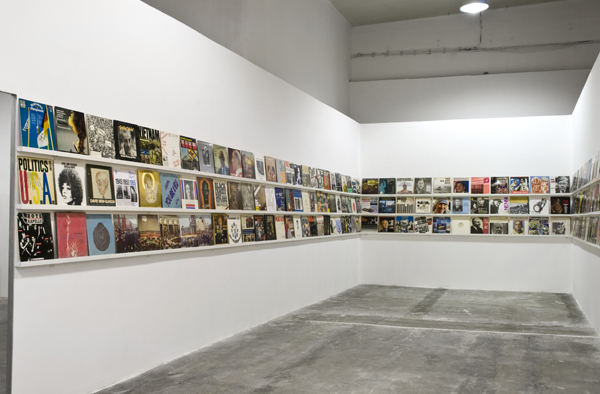 The question-and-answer session was robust but not particularly informative. One audience member asked Hoffmann how he measured success. Seemingly annoyed, he responded by saying, “At the end of the day, I don’t really care what people think.” He later clarified that he’s concerned with the installation, not with press or turnstile counts. Several critics enjoyed this year’s Istanbul Biennial, which made him doubt his aims. Others called it conservative, reactionary, or—perhaps the worst insult for a curator—lacking ambition. One shortcoming I noticed is that the curators structured Untitled in a deskilled, paint-by-numbers approach in which anyone could make his or her own successful show by taking the five themes and selecting completely different artists—using a set of curatorial instructions not unlike those for a Sol LeWitt wall drawing. In the end, Hoffmann admitted that he did not solve the problem of doing a biennial differently

Another attendee, perhaps interested in the mix of Islamic and secular influences in Turkish life, asked if Hoffmann and Pedrosa’s biennial had effected policy change at a government level. The curator rightly gave the impression that exhibitions don’t do that, though I would add that art exhibitions drive conversation that can lead to progress. One man was annoyed by the environmental waste caused by temporary exhibitions, even though Hoffmann stated that some materials, like the corrugated steel, could be used again elsewhere. This gentleman ought to bring up his beef with the International Olympic Committee or with the organizers of any political rally on the Washington Mall. A couple of people just didn’t seem to grasp his desire for a slowly digestible exhibition emphasizing peripheral artists—leaving behind the dazzling video installations common at so many biennials. RoseLee Goldberg, founding director and curator of Performa, concluded the evening with a final query: would you do another biennial? I can’t remember Hoffmann’s final answer but will quote his words from an interview in the New York Times last month:

I think this is an important thing to say again and again—that we don’t view this is the final chapter on exhibition-making or biennials or think that this is the way you do it. This is what Adriano and I bring to the table after having looked at what artists are out there, what other biennials have done, and we continue this dialogue. We don’t really have that—the arrogance perhaps—to say this is the final call here.