When in 2001 the curator Robert Storr mentioned to his friend, the German painter Gerhard Richter, that the Bonn Kunstmuseum was hosting an exhibition of work by the abstractionist Robert Ryman, they jumped into Richter’s Mercedes and sped at ninety-five miles per hour on the autobahn to see it. After arriving, Storr recalled, Richter was a leisurely but deliberate looker, as unhurried moving through the galleries as he had been fast on the road. When Storr broached Ryman about a possible comparison of his work to Richter’s, the American artist became puzzled and impatient. Storr described Ryman’s reaction to Richter—a clever chameleon, in Storr’s words, known for his pendulumlike swings in style—in this way: “How can he make all those different things?” Richter feels the opposite, interested in the things that he cannot do.

Challenging, contradictory, and incommensurable art interests Storr, hence his talk that compared and contrasted an unlikely “odd couple”: the poised and restrained Ryman and the bold, complicated, diffident Richter. Both figures have long engaged Storr—he organized retrospectives for both, in 1996 and 2002 respectively, at the Museum of Modern Art, where he was a curator in the Department of Painting and Sculpture for many years. His presentation at the SVA Theatre at the beginning of fall seemed like an essay in progress, but already well developed.

Before the lecture began, a crowd packed the lobby of the former movie house in anticipation of “Our Rob Storr,” an artist, scholar, and dean of the Yale School of Art known best for years of thoughtful, scholarly exhibitions as well as his independent thinking with no apparent alliances to partisan journals or particular schools of theoretical thought. Not one to pull punches, Storr had famously jousted with Okwui Enwezor, Francesco Bonami, and Jessica Morgan in the letters section of Artforum during the first half of 2008, after their caustic reviews of his 2007 Venice Biennale.

After an introduction by David Levi-Strauss, chair of the MFA Art Criticism and Writing Program at the School of Visual Arts, Storr admitted that he had accepted the invitation to speak with the understanding that his audience would comprise students, and he directed his words to those young learners “scattered among you.” Yet he only gave a few remarks about writing and criticism, stating that his approach is neither theoretical nor philosophical nor _________ (I missed the third term). Also, “being right is far less important than being engaging.” Many of us would agree. 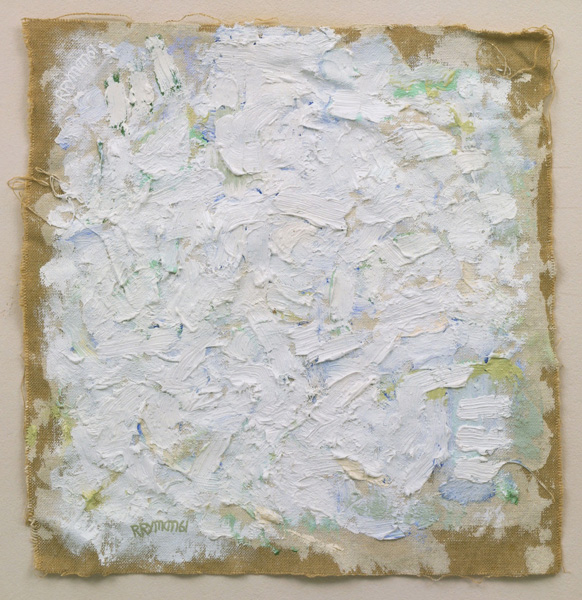 Storr’s actual purpose was to present his thesis on Ryman and Richter, attempting, as usual, to wrest these artists from critics and historians, namely Douglas Crimp and Yve-Alain Bois, who have used them to serve their own ends. Crimp had propagated the end of painting with Richter, and Bois used Ryman as the fall guy in his elegiac theory on the collapse of modernism. Ideological regimes like these are seductive and destructive, Storr later warned. They take away the ability to experience anything outside that ideology. As an alternative, he said that forgotten or mislaid ideas energize the study of art, especially the rediscovery of ideas once thought to be used up. Where some lament an end, Storr sees a beginning, a point of view shared by Norman M. Klein in a recently published essay, “Notes on the Arts: Curating the Past Fifty Years as Ruin,” in East of Borneo.

Painters don’t solve case studies, Storr conveyed, and solutions don’t push art. The painter’s job is to creating something truly visible, memorably visible. It’s a tall order. Ryman, an eminent self-taught artist who has continually explored the material nature of white paint, among other issues, does it well. Like Philip Guston in the 1970s and Willem de Kooning in the 1980s, Ryman paints with an awareness of his own history. Storr revalues the terms “realist” and “materialist,” thinking hard about what those terms mean. Ryman is optimistic, creating territories that you can cross. He does not establish teleologies, which other writers do and thus effect the “will of history,” but instead creates territories for viewers to cross and extends discourse on the grid. 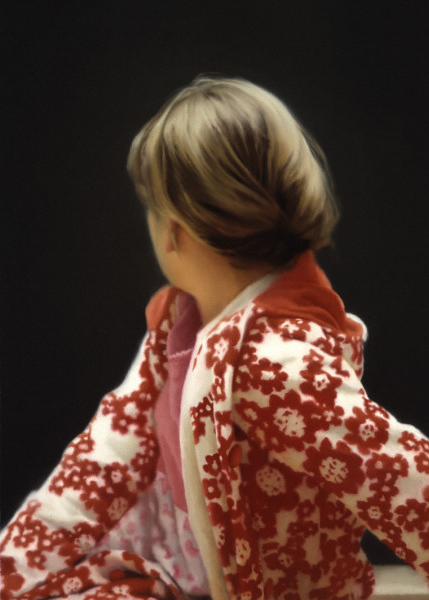 Storr revealed that many of Richter’s abstractions cancel representational scenes—so that x-ray photographs of the former works might reveal traces of those earlier paintings. In a way, the reverse also happens, with abstraction silently integrated into figurative art. In the portrait of his daughter showing the back of her head, for example, she looks back at an ominous gray monochrome behind her, which Storr claims doubles as the fraught history of Germany in the twentieth century. Richter’s paintings of family members indicate his connections to the persecutors (Uncle Rudi) and the persecuted (Aunt Marianne) in World War II. He also painted the capitals of Europe—Madrid, Milan, Paris—in which, Storr explained, everything new reminds you of what was there before. Richter also painted Titian’s Annunciation five times, with each iteration showing further degradation of the original image—perhaps because of the artist’s unbelief in religious miracles. His recent paintings of the World Trade Center, which I had never seen before, are the size of a flat-screen television. The artist dissolves the building to create a phantom or ghost image. As astonishing as the events of September 11 were, they did not register significantly outside the United States—many parts of the world had experienced sustained and pervasive violence. According to Storr, Richter asks himself what subject matter can or cannot be painted or is impossible to paint. 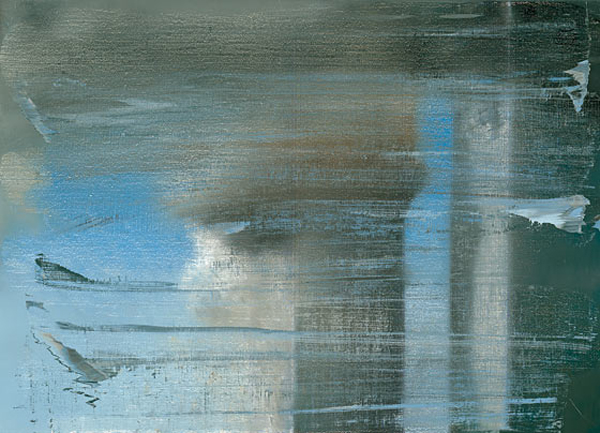 Ending his presentation, Storr revealed that he does “talks as a predicate for conversation.” The floor was open for questions. An audience member tried to connect the Madrid painting to the Franco regime, an interpretation that Storr deflected. Someone else asked him to recap a recent inspirational talk given at Yale, which he summarized as using your time in graduate school wisely, establish communities, make mistakes, live the day-to-day life of an artist, and learn how to sustain that life in the real world after graduation. Jennifer Raab, who earned a doctorate in art history at Yale, questioned Storr about his use of the words “materialist” and “realist.” Storr said that for Ryman, “painting” refers to all his materials, even the nonart ones such as fiberglass, wax paper, and masking tape—thus he is a materialist (and not in a Marxist sense). Storr encouraged Raab to press new meanings into old terms, with dialectical tension, and to energize stale ones. Be associative and suggestive, he recommended, which is unlike the evasive Richter, who contradicts himself in interviews that take place years apart. This lack of complicity, however, has its own rewards—there’s nothing wrong with being an intellectual tease.

Listen to “Making It Visible” in iTunes.