Not So Disappearing Anymore 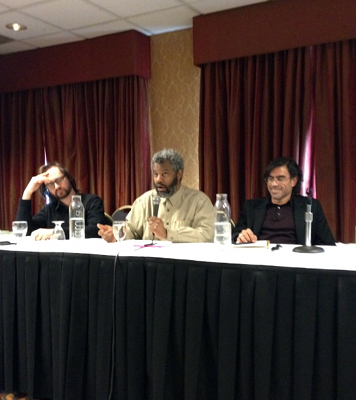 Drop “identity politics” into any art-world conversation now and you’re likely to get an eye roll—“so unfashionable.” This wasn’t the case twenty years ago, a time when the art museum—whether showing controversial photographs by Robert Mapplethorpe or hosting the contentious 1993 Whitney Biennial—was a primary battleground.

With its heyday in the 1980s and 1990s, identity politics addressed how a dominant culture abused, oppressed, and colonized other cultures, nearly always divided by race, sex, ethnicity, and class. Although often aligned with aesthetics, identity politics surpassed art to embrace solidarity movements of underprivileged populations and neglected communities of all kinds. Identity politics also became a punching bag for its detractors, who tended to gloss over the complexities of particular situations with the pejorative term “political correctness.” At least that’s how I understand it. Since I arrived to “Identity Politics: Then and Now” a few minutes late, I missed an introduction from a representative from the Society of Contemporary Art Historians, the group sponsoring the session.

The session’s four participants passed the microphone for brief opening comments before a free-form conversation began. A senior curator for the Museum of Contemporary Art, Chicago, since 2011, Dieter Roelstraete identified himself as European, Old World, Catholic, and northern (he hails from Belgium) and also in relation to his critics. To one reviewer he is the museum’s “resident thinker”; to another he is cold and heartless.1 “It’s just a muscle,” he said of the heart, underplaying the huge importance of this blood-pumping, life-giving organ. 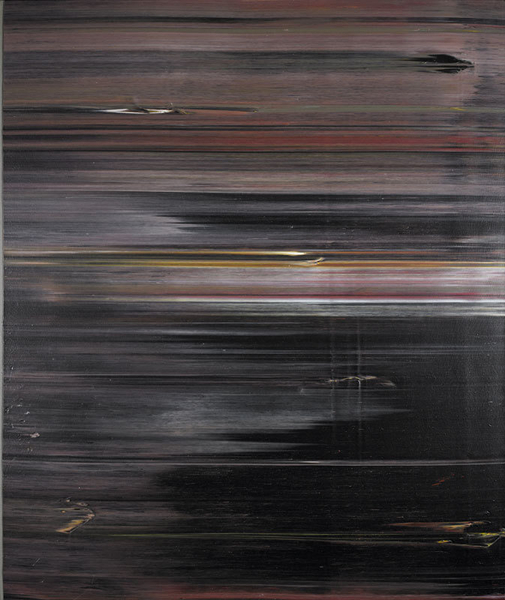 Next was Hamza Walker, a curator for the Renaissance Society at the University of Chicago, who described three recent exhibitions that could be understood as the progeny of identity politics. The curator of Blues for Smoke, Bennett Simpson, had initially proposed a rehanging of a permanent collection that would depose the dominant movements of Minimalism and Conceptualism from the modernist narrative; the blues, Walker continued, was a leitmotif to accomplish this. He also interpreted the exhibition as 1980s in spirit more than in object, which he contrasted with actual works from the decade in This Will Have Been: Art, Love, and Politics in the 1980s, organized by Helen Molesworth. The third exhibition, Kellie Jones’s Now Dig This! Art and Black Los Angeles, 1960–1980, examined the historical 1960s and 1970s, a time of the “disappearing black artist,” according to the photographer Dawoud Bey.2 Multiculturalism from the 1990s, Walker explained, had passed over older black artists—abstract painters in particular—in favor of upstart post-Conceptualists., which Now Dig This! aimed to correct. Now, he said, artists now are “not so disappearing anymore.”

Gregg Bordowitz, an artist, activist, and professor at the School of the Art Institute of Chicago, said that identity politics today embrace transgender politics, that is, who you are and how others perceive you. Now, he said, we see a confounding or refusal of identity: “Identity is turned on and off like a faucet.” This fragmentation is different from the past, when the AIDS crisis—with which Bordowitz was involved—necessitated a single dominant position.

Joan Kee, an attorney and art historian who teaches at the University of Michigan in Ann Arbor, has observed a shift from choice to consent. Twenty years ago, she said, identity politics was preoccupied with laws about protection, denial, and exclusion, with disability and immigrant issues, and with the Equal Rights Amendment. A intentional disaffiliation with the nation-state was embraced by the nomad artist and curator in the 1990s, Kee continued, which I would argue was a lovely, feel-good myth that conveniently overlooked the harsh realities experienced by people living in abusive regimes. Now, she relayed, we are concerned about property, personal data, and the erosion of consent. She also brought up DNA fashioning and asked of the present moment: “What is the object of critique?”

The panel’s moderator, Kirsten Swenson, an art historian at the University of Massachusetts in Lowell, proposed a conversation about institutional role formation. “I practice being black at home,” joked Walker before declaring that today “the rhetoric doesn’t feel as defensive.” While I certainly agree, I couldn’t help but think of what hasn’t changed in the twenty-one years between Rodney King and Trayvon Martin. 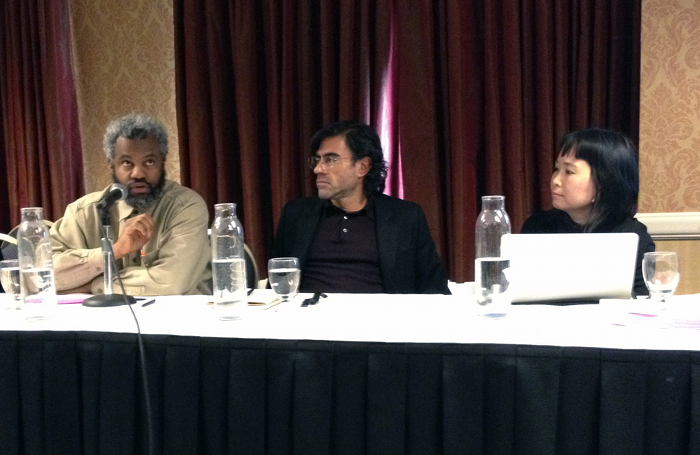 The discussion bounced around in productive, enlightening ways. Starting with the dandies of Charles Baudelaire, Bordowitz argued that choice is modern: to identify or disidentify, he said, is a bid for freedom. He also acknowledged how a person’s role changes from moment to moment, such as when, for example, he leaves the classroom and gets in line at Starbucks. Somehow I don’t think this what an artist like Ryan Trecartin, whose videos bend and contort identities into unrecognizable states, has in mind. Theorists assert that subjecthood is produced through structured, contextual encounters, something that Yvonne Rainer called “privileged” from her seat in the audience. Kee acknowledged that identity politics typically has a US-centric model, and Roelstraete admitted that the emphasis on economics in his current show, The Way of the Shovel, is North American.

Bordowitz described how AIDS figured prominently in his art and activism over the last twenty-five years. Now he is concerned with “drugs in people’s bodies.” What does choice mean in different places, he asked, where having clean water is more crucial than obtaining advanced drugs? Walker was intrigued by how the artist Paul Chan negotiates art and activism. Like the old Reese’s Peanut Butter Cup commercial, no clear distinctions divide the two: “There’s peanut butter in my chocolate,” he said, “and chocolate in my peanut butter.” Walker considered the importance of mobilizing bodies, whether that’s Chan’s on-the-ground involvement with Voices of America in Iraq or the artists Jennifer Allora and Guillermo Calzadilla’s protestation of the US Navy’s longtime occupation of the island of Vieques in Puerto Rico.

Recognizing activism as art or vice versa is indeed an important topic that has been discussed passionately in recent years, most notably by the folks at Creative Time and A Blade of Grass. What is called social practice in the United States, Roelstraete said, is Relational Aesthetics in Europe. What about an asocial or antisocial practice, he muttered out loud, but the answer is painfully obvious: there isn’t an opposite of social practice, just different levels of engagement between art and viewers, or artists and other people. Roelstraete was quick to point out that European countries have ministries of culture, which take care of the public good, but in America artists become activists because of a governmental vacuum. Participation culture has thrived but painfully so, as the state becomes dismantled.

Bordowitz complained about labels and reiterated his choice of the term “freedom” over “liberation.” He also gets irked when asked by his students about what makes a radical today. “Stop privileging ‘radicality’ as a term,” he implored. “People do radical things out of necessity.” Back in the day he was arrested, but now he writes poetry. It would be an “arrogant illusion,” he said, to consider his most radical work was when he went to jail. Roelstraete recalled that the French Realist painter and occasional revolutionary Gustave Courbet painted apples and fish while imprisoned for anti-Commune offenses. The Belgian curator nicely offered a simply stated observation: if people are still asking what radical is, there is still dissatisfaction in the world.

Kee agreed with Bordowitz about the younger generation: “The same questions get asked over and over again.” Like Bordowitz’s pupils, her students want to know how artists can be radical now, but at the same time, she said, they shy away from discussions of identity politics. Issues of connoisseurship and quality, strangely enough, really get their blood pumping. If that’s misguided politics, then at least, one would hope, these students are resisting the authority of experts. In her classes, Kee takes a comparative look, using concrete examples such as Manuel Ocampo’s Untitled (Map of Los Angeles), a painting from 1987 that her class once discussed for three hours, to steer clear of complacency in the classroom. An audience member invariably asked why this is and what can we do about it. Kee blamed institutional repetition and intellectual laziness. Because we know the identity-politics canon, she lamented, we can repeat it. 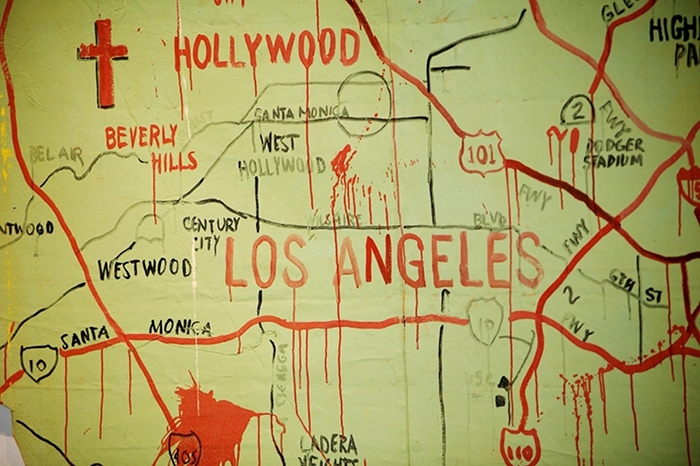 An audience member sitting next to me who was a generation older than the panelists said that identity politics were actually liberal, not radical. People in the 1990s, she claimed, had misunderstood the 1970s. Further, she continued, identity politics in the US formed in collusion with the nation-state, a notion that opposed Kee’s view about disaffiliation. Although subjectivity and figuration in art had returned—as if these trends ever went away—the body’s appearance in Neoexpressionist painting usually meant something different that that in identity-politics art. Finally, she asked, what about feminism?

Bordowitz questioned the authority who would say such a thing, arguing that identity politics in the 1990s was not a misunderstanding of the 1970s but rather a blossoming of the earlier decade’s ideas. Besides, there’s “no inherent, pure, and honest good of identity politics,” he reminded us. In fact, he suggested, identity politics had trouble gaining traction in certain academic circles. During the Socialists Scholars Conference in the 1990s, for instance, proposals of panels on gay and lesbian topics were either declined by the selection committee or, if accepted, had only three people in the audience. 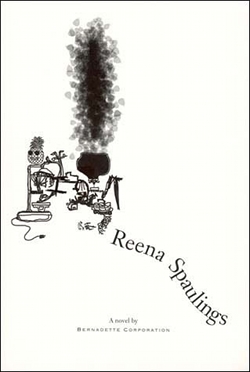 Roelstraete stated that gays and lesbians still face problems in Sochi and in Russia, among other places around the world, but Walker sees engagement more than frustration when considering diversity in mainstream American entertainment, citing James Franco’s weird white rapper in Spring Breakers and the interracial lesbian couple with a daughter on the television program Under the Dome. In academia, Walker wants people to look at the faculty numbers: “How many blacks are there in your department?” We must look at identity politics at the structural level, he urged, in addition to institutional atmosphere. He said this, with a sea of white faces behind me.

An audience member asked about the choice of anonymity. It’s a double-edged sword, Kee responded. Are we aligned to the global, she asked, or do we disengaged or opt out? Roelstraete noted that artists work individually, not collectively, and that the art market doesn’t know what to do with things like Occupy and theories about the “multitude.” Smart curators like him should reject these commonly held attitudes that, with a little analysis, turn out to be false—they’re the type of “institutional repetition and intellectual laziness” that Kee resists. Bordowitz mentioned several collectives that have done interesting work, such the Bernadette Corporation and the Critical Art Ensemble, as well as collectively written novels and net art from the late 1990s. Is being anonymous a refusal, he wondered, or does it result from the lack of a better term to get at the problems?

In Terms Of count: 26 (during a ninety-minute panel, no less).

1 See Lori Waxman, “Compare and Contrast: Ceramics at the MCA,” Chicago Tribune, February 6, 2014; and Sam Worley, “The Way of the Shovel Could Dig a Little Deeper,” Chicago Reader, November 12, 2013. The latter complaint, however, was not levied at him but rather at his exhibitions.