Not Just Another Ism

Pat Passlof says the panel was “reticent.” Perhaps it was the topic. Or perhaps we hadn’t yet learned the spill-everything style of the ‘80s. 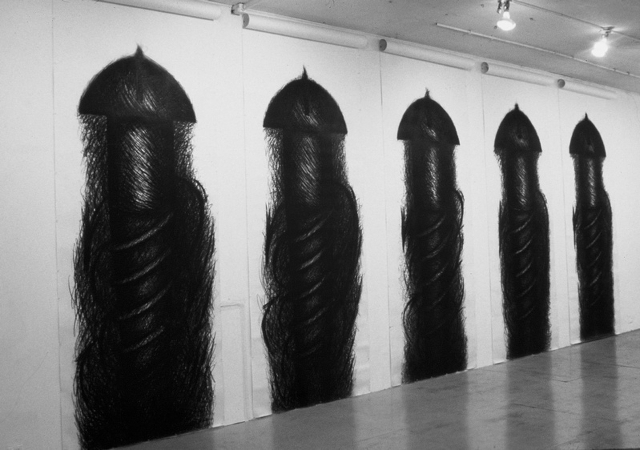 Slides of everyone’s work and a film of Louise Bourgeois’s were projected on a wall with a provocatively placed protruding pipe. 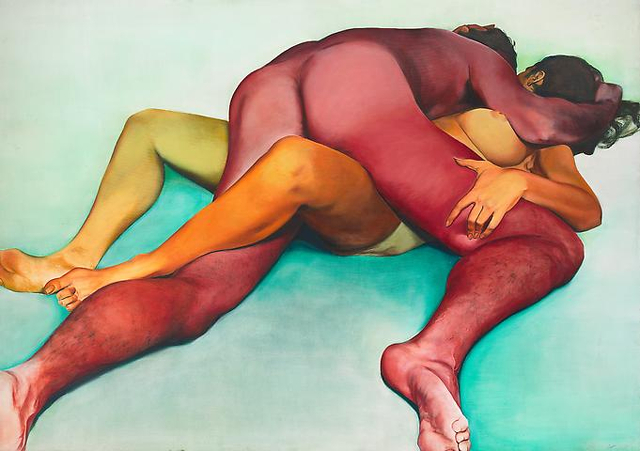 Judith Bernstein said the political implications of her work are overlooked. Louise Bourgeois likes good-looking men who don’t know they are—a rarity, says she. Kacere dominated the evening with a series of wry ramblings on his unrequited youth. Semmel described men’s images of women as doll-like sexual objects. She prefers focusing on gestures that reveal the whole person. She told of a couple who found they could not live with her work. Unhappy with the thought of subject matter overwhelming painting, she resolved the issue with the idea that she had achieved the ultimate desire of every artist: disturbance of the viewer. (It has to be said here that the overpowering of the pictorial by subject matter constitutes a perfectly workable definition of pornography.) Semmel’s recent work, however, has taken a leaf from Lippard: less explicit imagery with a brilliant play on exaggerated foreshortenings which flatten surreal perspectives. “When my work changed from abstract to figurative, the emphasis shifted from the drama of paint to that of volume.”

From the audience, Burt Hasen brought up the biomorphic nature of the species: “Men are women and women men.” Ignored as a drunk raving, Hasen was speaking well to the issue as others kept to popular theories of power role-playing. Semmel deserves credit for carrying a reticent panel virtually single-handed (except for the voluble Kacere).

Written by Pat Passlof, “Not Just Another Ism” was originally published in WIA Newsletter 2, no. 5 (February 1975); and reprinted in Judy Seigel, ed., Mutiny and the Mainstream: Talk That Changed Art, 1975–1990 (New York: Midmarch Arts Press, 1992), 8. In Terms Of thanks Midmarch Arts Press for permission to republish this review.