This essay is the second of five that reviews a recent symposium at the Graduate Center, City University of New York. Read the first, third, fourth, and fifth texts. 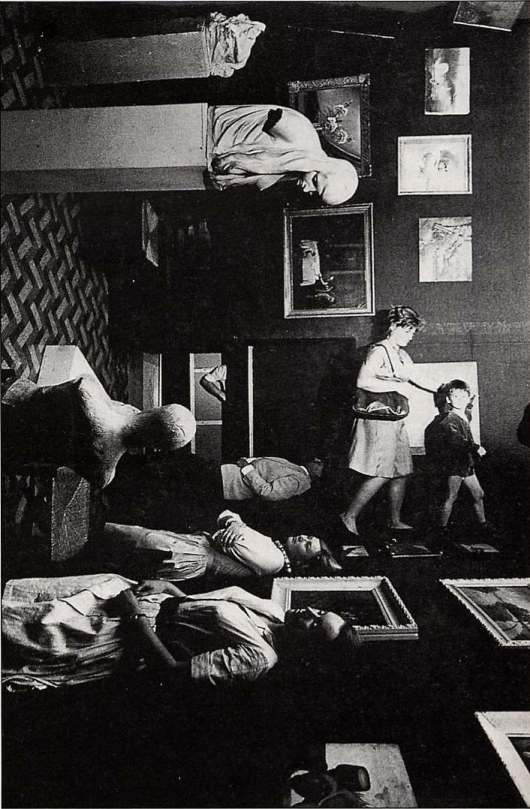 “Exhibiting Experiments,” the first session of “Exhibit A: Authorship on Display,” comprised two graduate students and a fresh PhD recipient and was moderated by Grant Johnson, a doctoral student in art history at the Graduate Center. Each speaker presented research on a single case study: unrealized projects by the Swiss curator Harald Szeemann and two group exhibitions from the 1960s, Dylaby at the Stedelijk Museum and Art by Telephone at the Museum of Contemporary Art, Chicago.

First was Caitlin Burkhart, an artist and writer earning a master’s degree in curatorial practice at the California College of the Arts in San Francisco, who spoke on “Dynamisch Labyrinth: Deconstructing the ‘White Cube’ through Dynamic Environments.” Her focus was Dylaby, a 1962 exhibition in Amsterdam in which the curator, Willem Sandberg, gave free reign to six artists—Niki de Saint Phalle, Robert Rauschenberg, Martial Raysse, Daniel Spoerri, Jean Tinguely, and Per Olof Ultvedt—to create interactive room-sized installations. A designer and typographer by trade, Sandberg directed the Stedelijk from 1945 to 1963, and Dylaby was the last show he organized for the museum. De Saint Phalle’s room contained a shotgun for visitors to shoot bags of paint, for example, and Spoerri hung artworks from the permanent collection in a room designed at a ninety-degree angle. Rauschenberg’s room, Burkhardt noted, wasn’t interactive with visitors despite the kinetic nature of his sculptures.

Because the exhibition was laid out sequentially, with the final room being the only way to escape from the labyrinth (unless you retreated through the galleries backward), the audience was obliged to participate to some degree with each artist’s installation—a situation that resembles the “curatorial dictatorship” described by Boris Groys in his keynote address. On several occasions Burkhardt described the rooms as “disorientating,” but I imagine that viewers found them amusing and delightful. Szeemann was influenced by Dylaby, Burkhardt noted, so I look forward to learning more about how significant museum exhibitions during the 1960s have shaped the curatorial landscape of today. 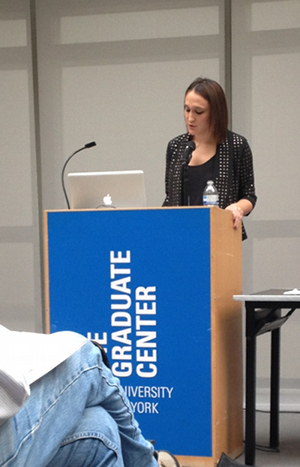 Lucy Hunter, a PhD student in the history of art at Yale University, delivered a paper, “Static on the Line: Art by Telephone and Its Technocratic Dilemma,” that examined a 1969 exhibition in Chicago organized by Jan van der Marck, for which an international group of mostly Conceptual artists provided verbal descriptions of works that museum staffers would build or execute in the galleries. The Dutch-born curator, Hunter said, had purposefully minimized written and photographic documentation, and the catalogue took the form not of a book but rather a long-playing phonographic record that offered excerpts from artists’ phone calls.

In addition to art-historical facts, Hunter construed Art by Telephone through communications theory, using Claude E. Shannon’s diagram from a book called The Mathematical Theory of Communication (1948) as her theoretical crux. In that diagram, an information source transmits a message to a receiver, but sometimes that message was disrupted by what Shannon called noise. Hunter postulated that documentation was van der Marck’s noise but didn’t quite establish if the receiver was the curator, the fabricator, or the museum visitor, or if the destination was the transcription of the instructions or the galleries. I’m not suggesting that she devise a formula but instead clarify the stakeholders in the equations and why they matter. Hunter felt that van der Marck hadn’t sufficiently exploited the medium of the telephone itself—certainly a lost opportunity to make a complex curatorial statement—but admitted that he was interested in using hardware and software to create a “wholly verbal exchange.”

Hunter also presented intriguing details about corporate sponsorship of the museum during the 1960s, which should eventually find an appropriate place in her narrative. I’m curious to know how she would respond to Art by Telephone Recalled, a recent investigation of the 1969 exhibition by the French curators Sébastien Pluot and Fabien Vallos, who have restaged works from the original Art by Telephone in several venues, including the Emily Harvey Foundation in New York in 2012, might fit into her chronicle.

“Failure as a Poetic Dimension: Harald Szeemann’s Unrealized Projects” was the title of a presentation by Pietro Rigolo, who works for the Getty Research Institute in Los Angeles as the subject expert on a team processing the Szeemann’s archive and library. Rigolo discussed the curator’s Museum of Obsessions (1973) and other projects, such as one that would have explored the four elements. For fire, Szeemann would have presented materials on pyromaniacs and bonfires as well as Yves Klein’s fire paintings. 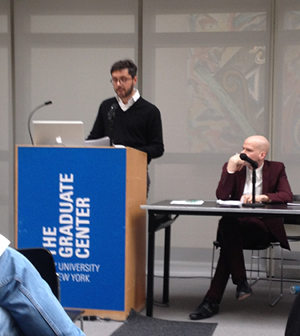 I was intrigued that Rigolo found documentation of exhibitions that Szeemann had left off his CV, but several times during his talk he jumped from projects that took place, those in planning stages, and those which were sketches and ideas. Did Bachelor Machines, which took the male characters in the lower half of Marcel Duchamp’s The Large Glass (1915–23) as its subject, manifest in physical form, or was La Mamma, an exhibition on the subject of motherhood that didn’t have any art, the project that didn’t happen? What was the comment about an exhibition of outsider art at the Philadelphia Museum of Art in 1988? And did visitors to the World Expo 2000 come across Szeemann’s exploration of sex and the holy Christian trinity, with sections on prostitution, birth control, cross-dressing, and masturbation? There is not much difference, Rigolo said, between Szeemann’s thinking for realized and unrealized projects, but this talk would have been coherent with clear divisions among the two groups.

“Exhibiting Experiments” confirmed my past experiences with similar sessions of occasionally affectless speakers presenting early drafts of essays on topics needing more research and further narrative development. But these shortcomings, typical of emerging scholars responding to a call for papers, didn’t distract from the appealing subjects on which the three presenters spoke.