May 15, 2014 By Christopher Howard
ConferencesSessions

This essay is the fourth of five that reviews a recent symposium at the Graduate Center, City University of New York. Read the first, second, third, and fourth texts. 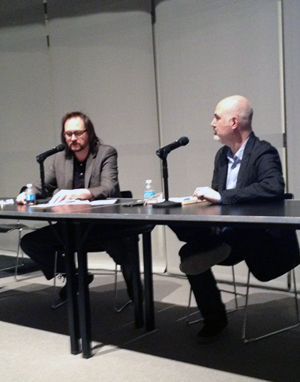 To conclude the conference “Exhibit A: Authorship on Display,” two speakers—a curator and an art historian—offered their thoughts on the day’s events. Dieter Roelstraete, a curator at the Museum of Contemporary Art, Chicago, spoke polemically about the conference theme, wanting his remarks to be “a case and a plea” for a curatorial attitude that “shouldn’t be ashamed of its aesthetic ambitions and its aesthetic aspirations.” Roelstraete first declared that conversations regarding antagonistic tensions between artists and curators, and regarding questions of power, fatigue him. “For me,” he boldly stated, “the practice of exhibition making is really an artistic endeavor.” As a curator coming to the profession through writing (after being trained as a philosopher), Roelstraete thinks of exhibitions as essays, and he considers group exhibitions as “spatial writing—not with ink, not with computers—but with objects.” It is easy for artists to be curators, he said, but it’s still taboo for curators to be artists. He wants to challenge this taboo.

Thankfully he stopped short of calling himself an artist. While I agree that curatorial work is highly creative labor and that the essay format for it is a productive conceit, organizing exhibitions is not art. Curatorial work and artistic labor share many aesthetic elements, such as rhythm and symmetry, as Roelstraete pointed out. Further, he said, curatorial work involves building “an aesthetically compelling argument,” which curators “attempt to master by trial and error.” His observation that “curating is the art of hanging pictures,” however, earned a hiss from an audience member. In fact, this same person—I think it was a he—kept hissing at comments throughout the conference’s final session. Maybe this hiss was intended to be a laugh.

In contrast to Roelstraete’s passionate approach, his session colleague, David Joselit, professor of art history at the Graduate Center, commented briefly on several points raised during the conference. Like many in the art world, he has noticed that curating is everywhere, from the interiors of co-op buildings to products in upscale grocery stores. He defined curatorial work as “adding value through the assembly of a group of things” and “the convergence of production and display.” Joselit offered a notion of “curating in the expanded field,” which consisted of “aggregating, assembling, curating.” Selection, he continued, has become an aesthetic skill, which creates what he called a condition—not a turn. Joselit also observed that embedded curatorial activities with artists—such as Lynne Cooke’s rapport with Rosemarie Trockel and how Josh Kline includes his friends in his shows—may combat the scale of an overwhelmingly expansive art world. The practice, he noted, is not without ethical dilemmas and intellectual contradictions. 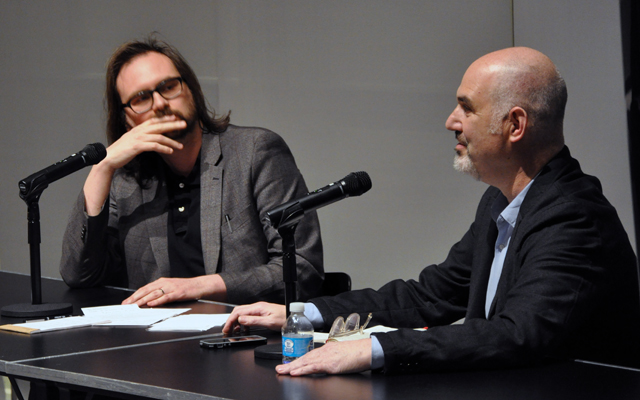 Though Joselit felt that “the idea of an artist’s career as an object is very interesting,” he approved of Carol Bove’s objection to the attitude that everything an artist does is the work. Suggesting that the impresario curator is a European cultural model, Joselit posited that American curators are caught between the goals of museum public relations (to draw audiences) and the needs of an institution’s funders, trustees, and, to a lesser extent, corporations and public funding. Like several other conference speakers, Joselit rubber-stamped the idea that artists are delegated to do what regular curators cannot or will not do.

Roelstraete felt it is routine for the “curatoriate” (his term for the professional class) to renovate, reinterpret, reinvigorate, and rejuvenate their institutions’ permanent collection. He agreed with the conference’s keynote speaker, Boris Groys, that everyone—artists, dealers, collectors, museum directors, and even installers—instrumentalizes art in some fashion. 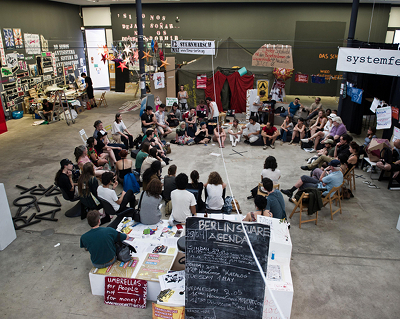 Throughout the duration of the 7th Berlin Biennale, representatives from Occupy and M15 practiced their forms of protest and strategies of involvement on the ground floor of KW

As an example Roelstraete discussed the seventh Berlin Biennial (2012). Even though it was the first one organized by an artist (Artur Żmijewski), the show was reviled and panned, especially by Berlin-based artists. A chief complaint, Roelstraete recalled, was that Żmijewski instrumentalized the art. Reflecting on his own practice, Roelstraete said that he doesn’t conceal his intentions when approaching artists, directly asking them if he can instrumentalize their work. “Maybe they like the idea,” he wondered aloud, “or the museum.” Or maybe artists are desperate for a high-profile exhibition to help boost their careers.

Noting that of the thirty exhibitions listed in the September previews in Artforum, only two were group shows, Roelstraete wondered if the group show is an endangered species.1 Even though he specializes in the thematic exhibition with multiple artists, such as the recently closed The Way of the Shovel (2013–14) at his home institution, the curator acknowledged that his preferred genre presents fundraising and communications troubles; group shows, he added, are also hard to travel. Such anecdotal claims cannot be easily proven, of course, but decisions in the curatorial world are often based on personal experiences. That said, Roelstraete relayed that his first attempt at organizing a solo exhibition (for Chantel Ackerman) was tough and his most difficult project. Later on he offered a tantalizing idea of having six curators organize a solo exhibition.

Toward the end of the session the conversation bounced from topic to topic, with each speaker making brief declarations on this and that. After proclaiming that “writing is the bedrock of curatorial thinking,” Roelstraete asked Joselit for an opinion. “Some arguments can only be made with objects,” the historian replied, which he misses from his academic life. (He was a curator in the 1980s.) Joselit was thankful that academia has provided him with time to write but then tried to explain something called the “counterexhibition,” using Philip Parreno, Rirkirt Tiravanija, and Maurizio Cattelan as examples His concept was not clear.

“I don’t think you can curate a menu,” exclaimed Roelstraete twice, urging that the term only applies to exhibition making. Joselit felt that curators should not withdraw into a defensive “I’m an expert” model. Action and dialogue in contemporary art, he noted, has moved from three-dimensional space but also virtual—and that you cannot have one without the other. You cannot assume that bloggers are amateurs, Joselit let slip.

From the audience Chelsea Haines, a PhD student in art history at the Graduate Center and a conference organizer, reminded the panelists how curators need only posses a generalized knowledge of art, which lessens the dependence on a doctorate or a curatorial-studies degree. People in the art world are nimble, she said, and can learn stuff in bits and pieces. If a curator, Haines continued, wants to bring an outside interest into the museum—here thinking of Roelstraete’s The Way of the Shovel—he or she does not need a PhD in archaeology. Joselit agreed and disagreed with this suggestion: the curatorial rhetoric of constructing an argument in space and with objects, he said, can be learned and developed—it’s not always intuitive.

In his opening remarks Roelstraete observed that no conference speaker had discussed curatorial roles at art fairs, a gap that I also noticed and wished was addressed. In the previous session Kline talked about organizing do-it-yourself exhibitions in unconventional spaces, but the conference largely addressed curatorial roles in traditional art institutions. Haines’s comments about education struck me as particularly interesting: while I agree with her that formal training isn’t always needed, my unscientific observations of employment classifieds for open curatorial positions tell another story—museums and university galleries “prefer” an applicant with a PhD, which is to say that those without one may be unduly overlooked. Even a master’s degree in curatorial studies at Bard College will only get you so far. If a doctorate becomes the baseline standard, the curatorial profession may become out of reach for “outsiders” (such as Robert Nickas or Joshua Decter, to name two from an older generation) seeking institutional positions. To break from convention, a museum can always call on artists to provide an unconventional approach to exhibition making. To have only these two options—academic and artist—precludes a wide realm of curatorial viewpoints.

1 Discounting the introductory section that lists seven biennials, the seasonal preview in the September 2013 issue of Artforum listed nine group shows among the forty-four selected for the section.